Remember, Remember It's Time for Movember 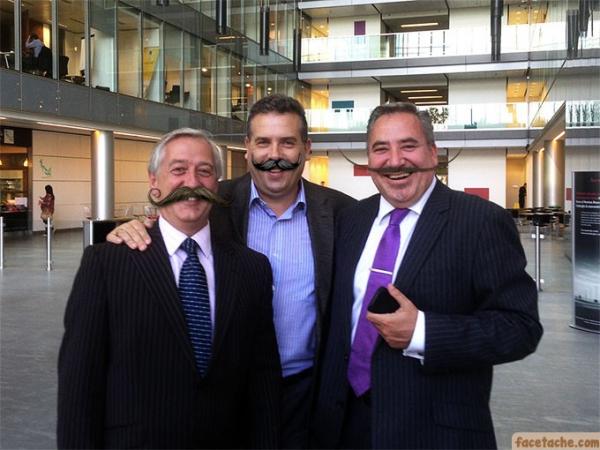 Each year, brave and selfless companies across the business world, from the relatively small to some of the largest concerns, come together as one and stand side by side, united in their commitment to fine moustachery and changing the face of men’s health.

The vast amount of money raised goes to these good causes – the UK Movember campaign raised £27 million in 2012.

But, Movember is also a lot of fun. For example, TWIFM is joining in with its own little leg pulling. Along with its founders, Brian Shillibeer, Laurence Allen and Roy Winters (pictured) have grown impressive facial hair and now challenge you to do the same.

Here’s a prize of a cut out and keep moustache for your own delectation.