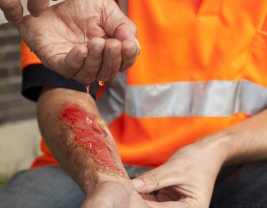 Two revised health and safety regulations took effect on Tuesday 1 October. As previously reported in ThisWeekinFM, The Health and Safety (First Aid) Regulations 1981 have been amended to remove the requirement for the HSE to approve first aid training and qualifications.

Information, including the regulations and guidance for employers is available on the HSE website at www.hse.gov.uk/firstaid/

Changes to the Reporting of Injuries, Diseases and Dangerous Occurrences Regulations (RIDDOR) 1995 have been introduced that clarify and simplify the reporting requirements, while ensuring that the data collected gives an accurate and useful picture of workplace incidents.

The main changes are in the following areas:

The classification of 'major injuries' to workers has been replaced with a shorter list of 'specified injuries'; The existing schedule detailing 47 types of industrial disease is replaced with eight categories of reportable work-related illness; and fewer types of 'dangerous occurrence' require reporting.

The changes affect all employers - including the self-employed. See www.hse.gov.uk/riddor/

Both changes follow a review of health and safety legislation by Professor Ragnar Löfstedt in which he made a number of recommendations that the Government appointed HSE to implement. Neither change alters the duties and responsibilities already placed on employers. For example, businesses still have a legal duty to make arrangements to ensure their employees receive immediate attention if they are injured or taken ill at work.