Roll Away the Stoned - Drug Driving Rules (including medicinal) Explained 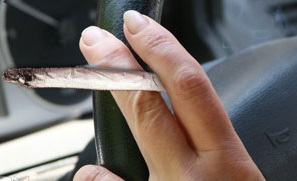 Fleet managers, transport, road and healthcare professionals were issued with drug driving guidance in July of this year. Here, Rod Hunt, our legal expert, looks back at what has been proposed.

The new offence of driving with certain controlled drugs, including some prescription drugs, above specified limits is due to come into force on 2 March 2015.

If a driver tests positive they will be taken to a Police Station where a further evidential test will be taken. If this is positive it will allow Police to arrest and charge a driver for being over the limit.

Isn’t it already an offence to drive whilst intoxicated through drugs?

Yes, although the new rules will mean it will be an offence to be over the specified limits for each drug whilst driving. The limits for the vast majority of medicinal drugs are above the normal doses. Unlike the existing ‘impairment’ offence, the new law will provide a medical defence for patients who are taking their medicine in accordance with instructions, either from a healthcare professional or printed in the accompanying leaflet, provided they are not impaired.

So what is the purpose of the guidance?

The guidance helps those who need to explain - particularly doctors and nurses - the new rules in advance of the new offence coming in to reassure those patients who take prescription drugs that they will be able to drive safely without fear of being prosecuted.

What does the guidance say?

The guidance advises healthcare professionals on changes to the drug driving offence and what it means for patients.

The guidance also advises patients who take legitimately supplied medicines to keep evidence with them in case they are stopped by the Police. This will help speed up any investigation into the medical defence and reduce the inconvenience to the patient.

What are the benefits to this change?

The changes will remove the right for drivers who fail a roadside breath test to demand a blood or urine sample at the Police Station. This test can take place several hours later, which means some drivers who were over the limit when tested at the roadside could have time to sober up. Removing the option for this test will save Police Forces an estimated £13 million over 10 years and allow breath tests to be used as evidence.

Roads Minister Robert Goodwill said: “The new drug driving law will make it easier for the Police to tackle those who drive after taking illegal drugs or abuse medicinal drugs whether they are on prescription or available over the counter. This new offence will be introduced alongside major changes to drink-drive laws. Taken together, these will give Police the tools they need to prosecute those who risk the lives of others through dangerous behaviour and make our roads safer.”

Patients taking prescription drugs should follow the guidance issued from both their doctor and the drug manufacturers to ensure that they don’t fall foul of the new law.