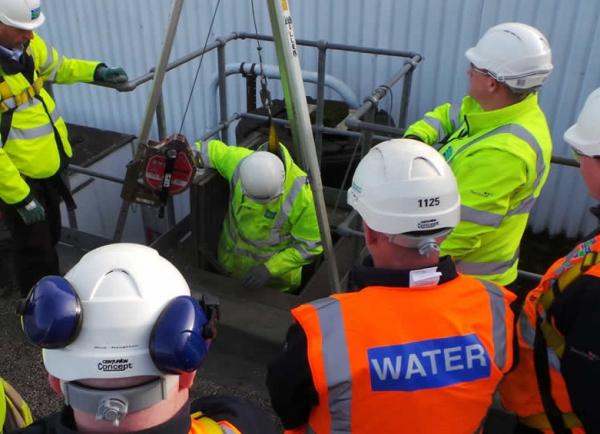 A Derby company has responded to growing demand for specialist training for people working in confined spaces, including the death of two cousins of the Irish football player, Robbie Keane.

Develop Training, whose clients include utility companies, construction firms and FMs, reports it has already seen an increase in bookings for training in the confined spaces unit at its Ascot Drive headquarters. Due to this demand it is now taking a second, mobile confined spaces unit on the road with the first of a series of new sessions, in York which is an immediate sell out.

It is estimated that every year, deaths in confined spaces account for between 15 and 30 UK workplace fatalities. These occur across a wide range of industries, from those involving complex plant through simple storage vessels and include docks, mining and the sewage industry. The total number of people who die in workplace accidents totalled 142 in the year to March 2015, according to government figures.

In 2013, the Health and Safety Executive published new guidance on working in confined spaces, including safe systems of work and emergency procedures. Under the Health and Safety at Work Act, employers are responsible for ensuring the safety of their employees and others. This responsibility is reinforced by regulations, including the Confined Spaces Regulations 1997.

There have been two tragic cases in the courts in June this year that have highlighted the issue:

“If you imagine being in a cramped space in the dark and needing to get out to avoid serious injury or death, it’s easy to see how panic can set in,” explained Lee Yearwood, Safety Training Delivery Manager, Develop Training. “The confined spaces unit allows workers to experience being in cramped and disorienting conditions in an emergency situation. We give course delegates potentially life-saving skills and guidance on how to prepare for working safely and how to deal with dangerous situations that could arise.”

Picture: It is estimated that every year, deaths in confined spaces account for between 15 and 30 UK workplace fatalities

Securitas UK has formally launched a flexible training programme designed to help organisations of any size protect themselves from the risk of fire. Courses are tailored...

As people and companies mature, it’s all too easy to fall into complacent habits. The longer you’re around, the better you are at knowing what works and the...

A Sodexo employee from China travelled to the UK to receive the Best Candidate award for achieving the highest score of some 35,000 students in the International General...

No Accidents Waiting to Happen