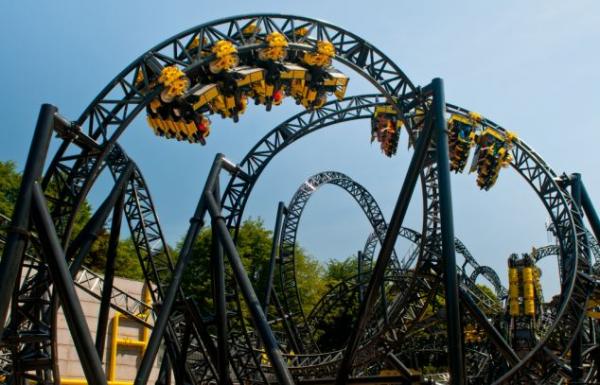 The serious accident at Alton Towers theme park, Staffordshire, in early June has had a dramatic impact on owner, Merlin Entertainments', trading performance.

When the so-called Smiler rollercoaster smashed into empty carriages it led to one woman, Leah Washington, having part of her leg amputated with three others suffering life changing injuries.

It resulted in Alton Towers being shut for a number of days and other rides in two parks owned by Merlin Entertainments being closed until safety checks were made.

The financial loss from the incident has been estimated at something in the region of £47 million as the group stated it has ‘an adverse impact on trading at the start of the critical summer period’ resulting in a marking down of earnings expectations from its theme parks division for this year by £40 million-£50 million, compared with £87 million in 2014.

Merlin is a master of extracting every penny from its attractions from burgers and drinks to pictures of riders. Most of the big rides are also sponsored heavily while even the smaller rides and outlets are available for outside branding.

The setback to Alton Towers could see it only being able to reclaim its position as the premier theme park attraction in the UK in 12 and 18 months, according to Merlin Entertainments’ CEO, Nick Varney. “There has been a substantial reduction in the visitor numbers at Alton Towers and to a lesser extent at Thorpe Park,” stated Varney. “The accident at Alton Towers in June was a devastating event, for which we have accepted responsibility and are deeply sorry. We have been humbled by the grace and fortitude of those who were injured and their families and will continue to do whatever we can to support them.”

Picture:   The accident with the Smiler rollercoaster at Alton Towers devastated the lives of people on it but has also had a financial penalty for Merlin Entertainments.

Two companies have been sentenced for safety failings after a worker was electrocuted during work on a data centre in Middlesex. Balfour Beatty Engineering Services...