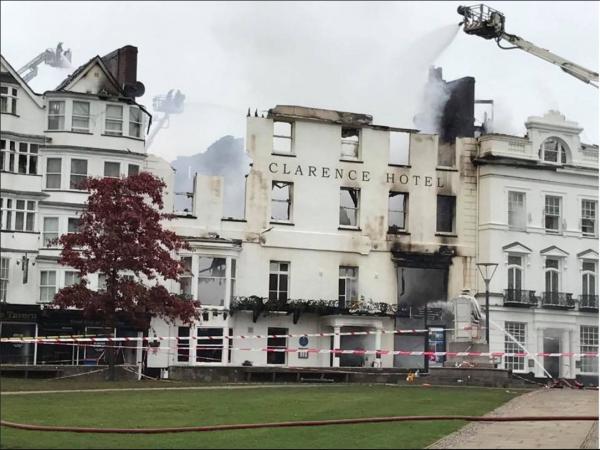 Structural engineers are continuing to work at the scene of the Exeter fire and particularly the Royal Clarence Hotel that was effectively destroyed by a fire that raged from Friday through the weekend.

Damping down continued well in to Sunday as the Fire Service gained control of the devastating fire which has affected buildings on Exeter’s Cathedral Green.

On  Monday, Exeter City Council was represented by Chief Executive Karime Hassan and Leader of the Council Cllr Peter Edwards who explained how they are working with businesses and the emergency services towards bringing normality back to the affected area of the city centre as soon as possible.

Claire Mellish published on Twitter with the following: 'It does seem that again and again buildings are at high risk of fire when there are building works - Windsor Castle, Cutty Sark etc. Due to the alarming increase in fires during construction of timber framed buildings new guidance was issued in 2009. What was happening in the Castle Art Gallery - hot work? Polystyrene insulation? Often it seems that once the planning application is done, there is little checking until construction has finished but the biggest risk period is unmonitored. If the adjacent building was indeed a gutted shell being fitted out for luxury flats, was the roof space between buildings sealed? Given the high risk of fire this was hopefully a pre-condition for doing the works. Presumably the UK Timber Frame Association’s (UKTFA) guidance, ‘Fire Safety on Timber Frame Construction Sites’ and UKTFA ‘Sitesafe’ procedure was in place?"

Exeter City Council made a statement with regards to a rebuild: 'Although we have no problems at all with people setting up petitions, we must point out that the leader of the council has already made it clear that any rebuild will be done in cooperation with Historic England and the building owners and our wish is that it's suitable for the historic setting of the Cathedral Green'.

Devon & Somerset Fire & Rescue Service also issued a statement that read: 'We would like to thank the residents and business owners of Exeter for their support during the major incident in the city centre.

'Since the fire on Cathedral Yard started in the early hours of Friday morning, roads have been closed, cordons put in place and businesses closed to protect public safety.

'Despite the inconvenience, the Service has been overwhelmed by messages of support, offers of assistance and complimentary food and drink to help sustain the large number of firefighters who have been working around the clock to bring the fire under control'.

Cllr Mark Healey, Chairman of the Devon & Somerset Fire & Rescue Authority, said: “In difficult times, communities come together and the events of the last few days has seen this happen on a large scale. Despite the loss of a number of buildings, it could have been so much worse. I'm just so pleased no one has been injured.”

At the height of the incident, 150 firefighters were at the scene with nearly 30 pumping appliances and an unprecedented four aerial ladder platforms were being used to prevent the fire spreading to other historic buildings.

Chief Fire Officer Lee Howell said: “This was an intense fire affecting several historically important buildings in the heart of the city. The complex nature of the building construction, especially the roof structure, made this a very difficult incident to deal with.

“It was an incredible effort by firefighters to stop the fire spreading to other heritage buildings on the High Street. Due to the period in which the buildings were constructed, the gap between the back of the hotel and the adjacent properties was very narrow and the fire was threatening to bridge the gap and spread further.

“To prevent that from happening took courage and skill and they should all take credit that they did everything they could to stop the spread of the fire.”

Demolition work on the remainder of the Royal Clarence Hotel is likely to start this week. It will be a difficult and challenging process that will take some time. Therefore, while some roads will be able to re-open, cordons will continue to be in place around the immediate vicinity of the affected area. The majority of the city centre remains open for business.

Mr Howell added: “We have had crews at the site now for more than three days but we cannot be complacent. We will continue to dampen down hotspots, check for potential re-ignition and support the demolition process for as long as necessary.

“It is important that we get Exeter back to normal as quickly as possible and we will be working with other agencies to make that happen.” 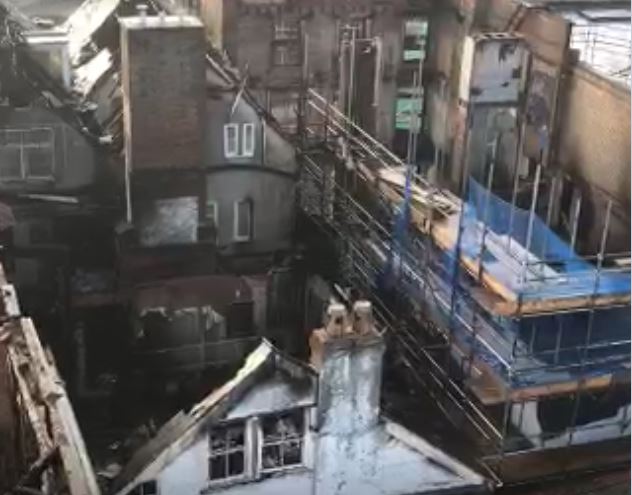 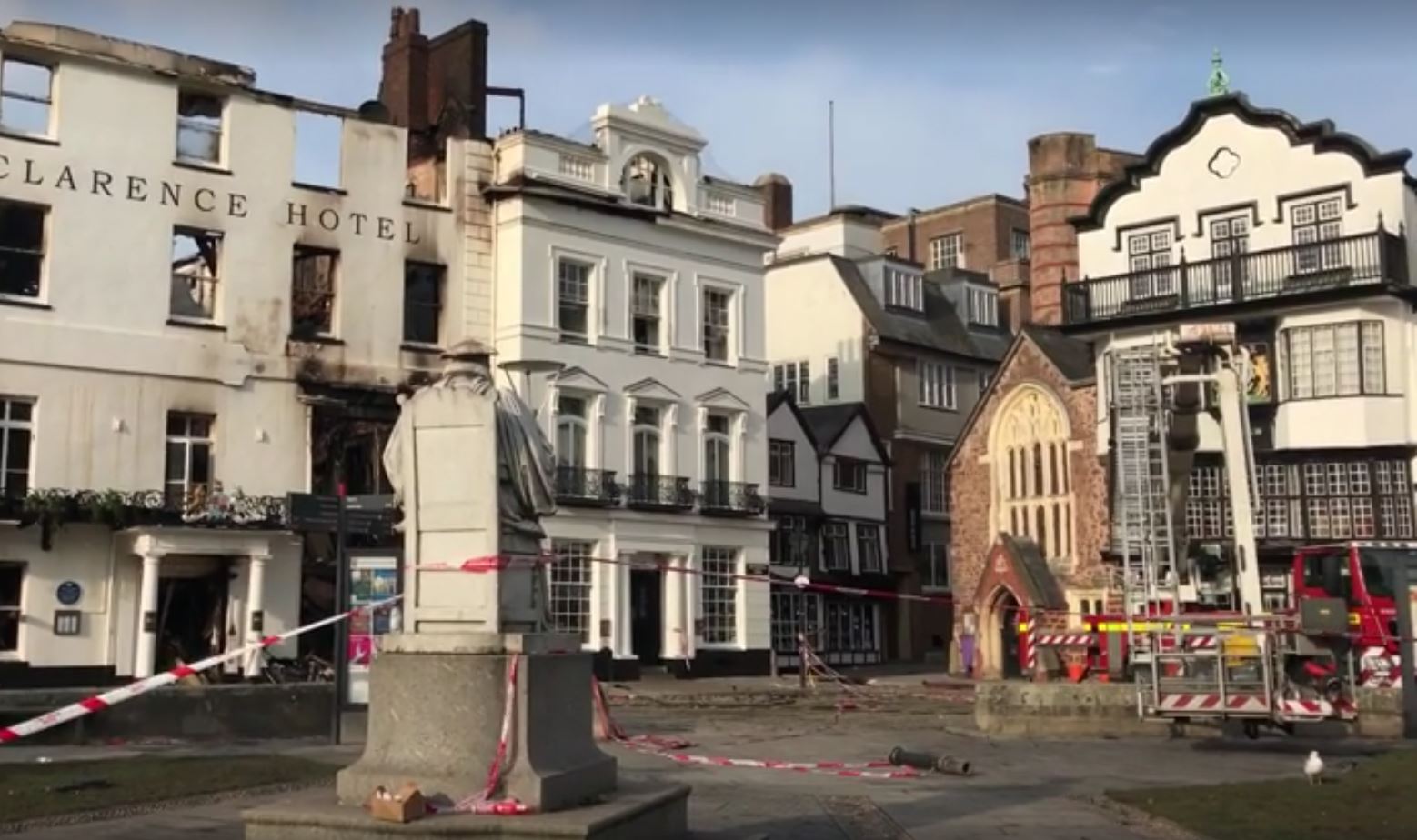 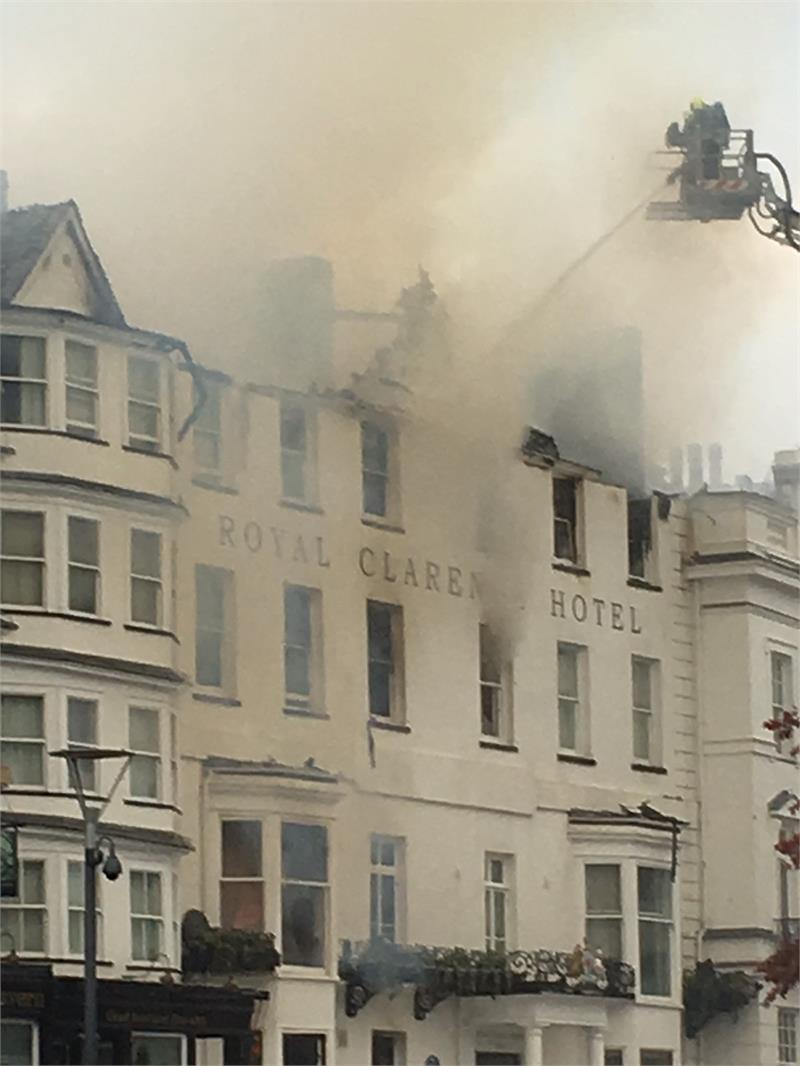 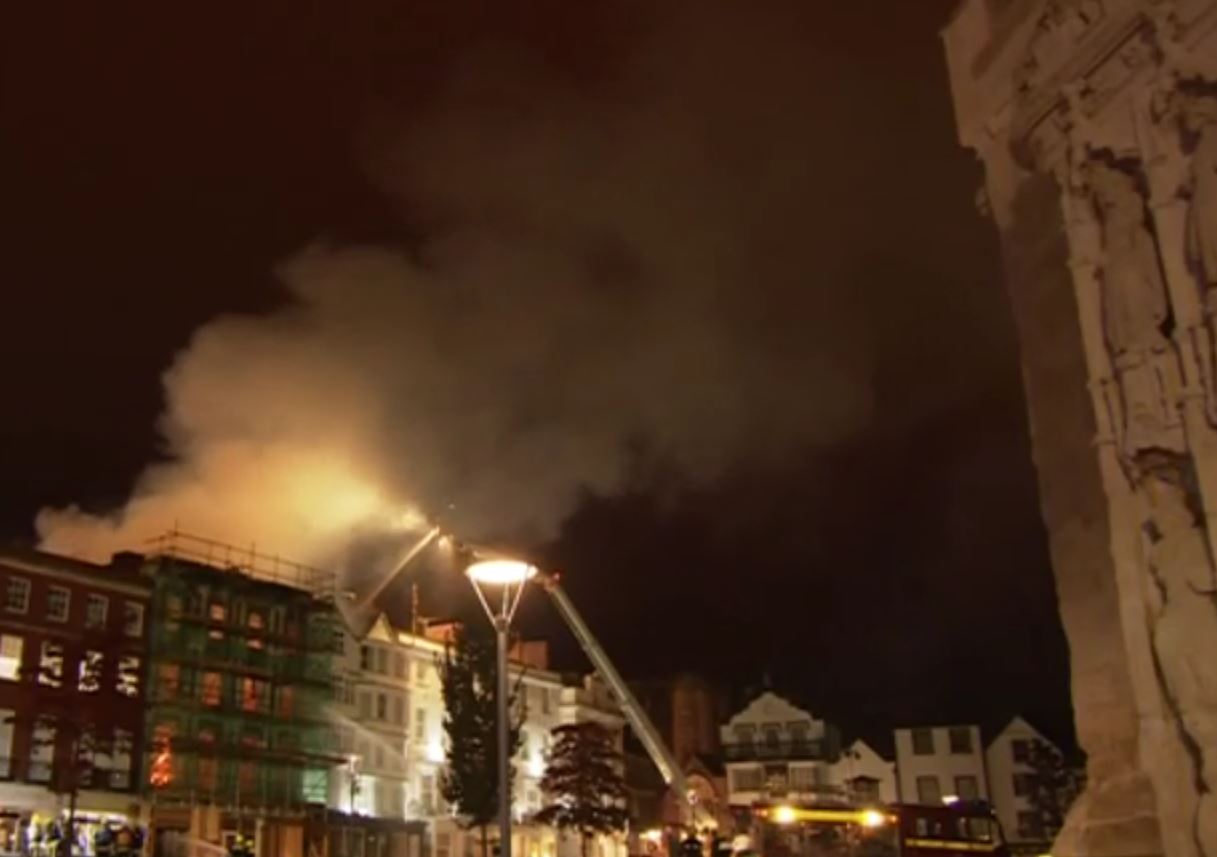 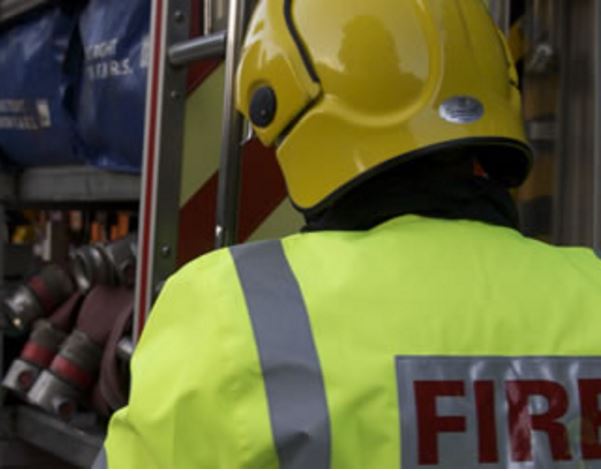 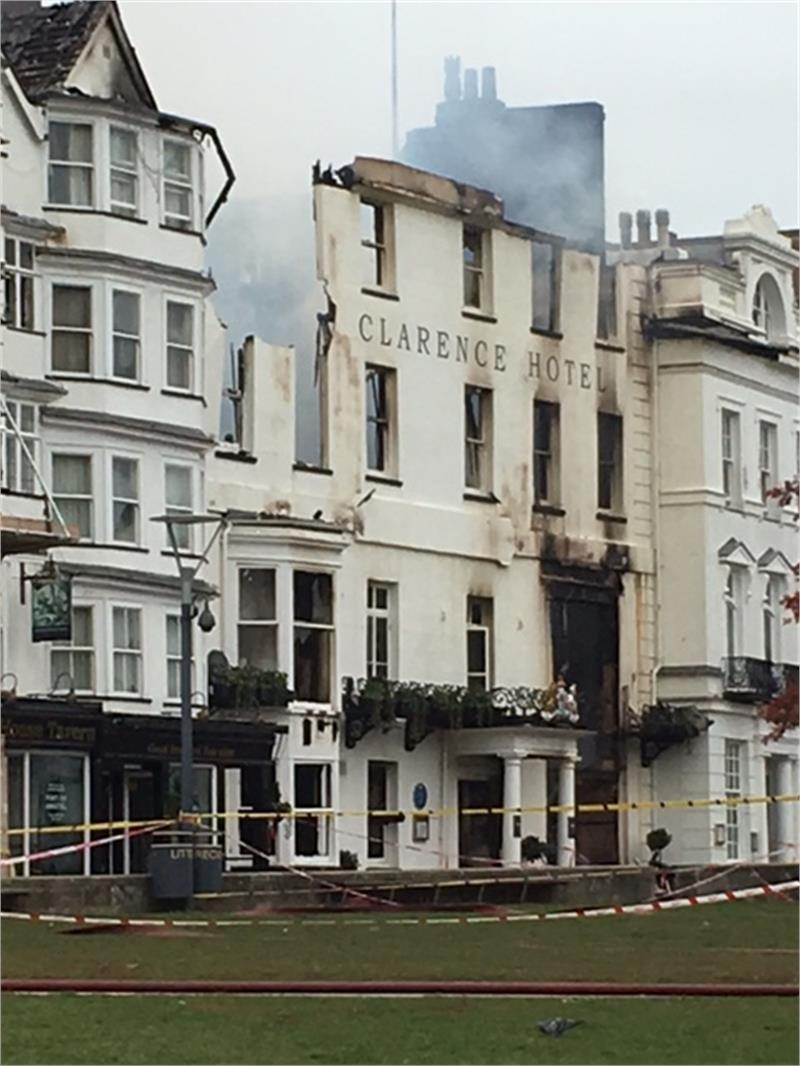 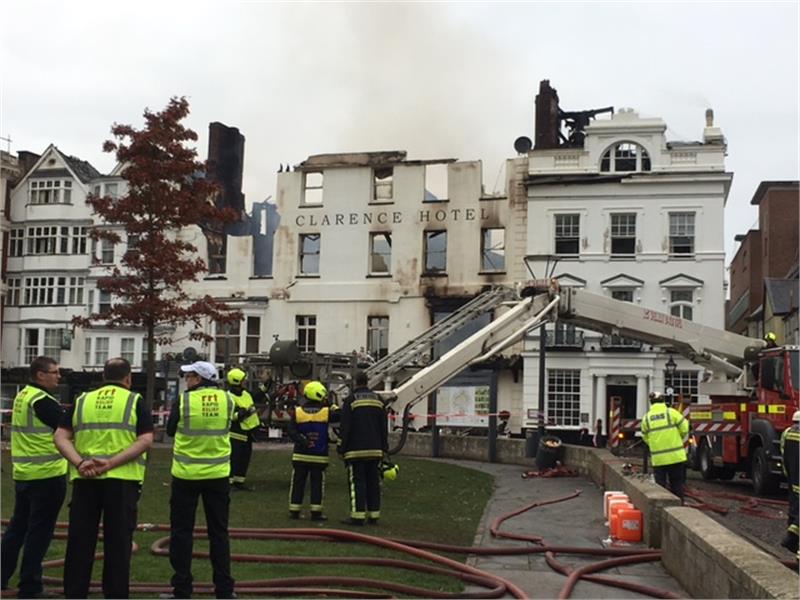 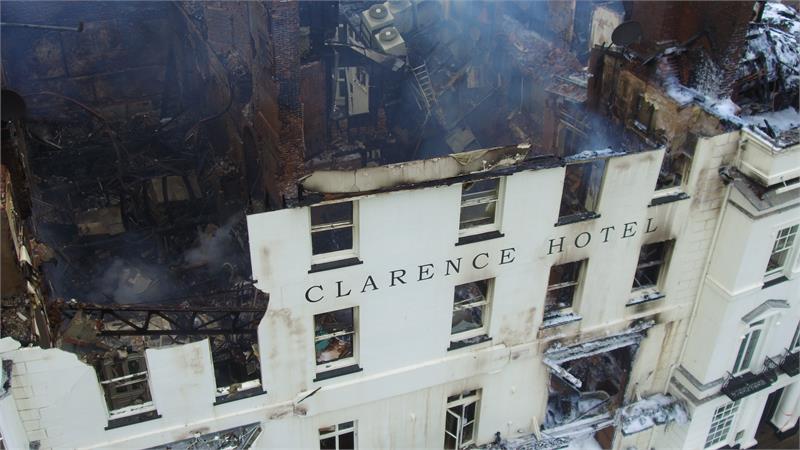 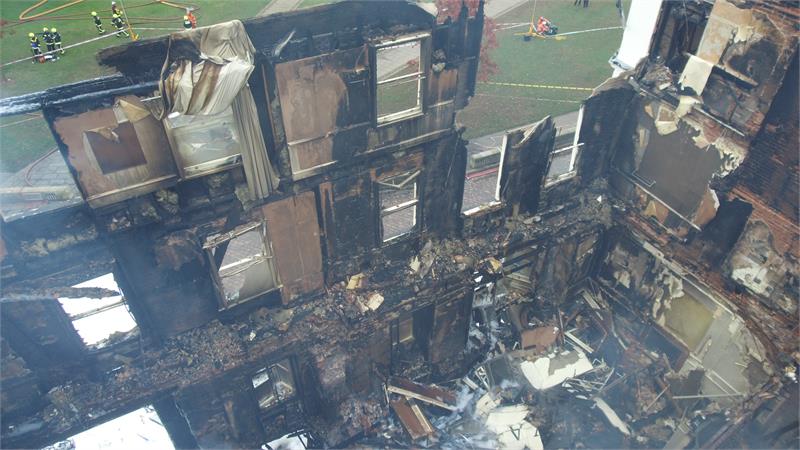 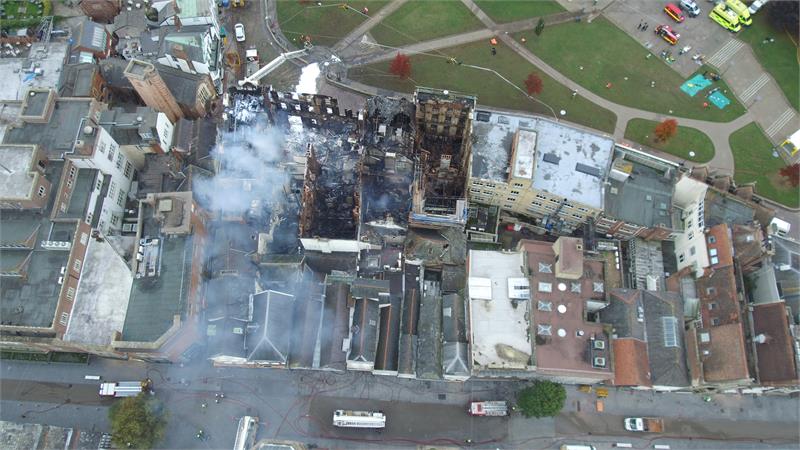 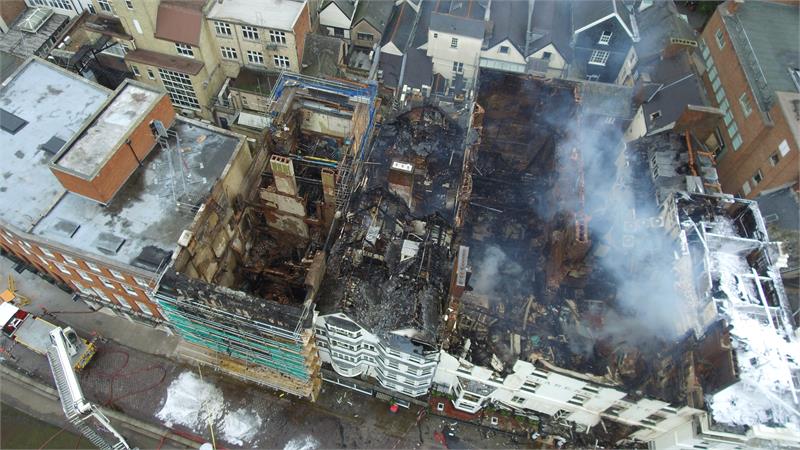 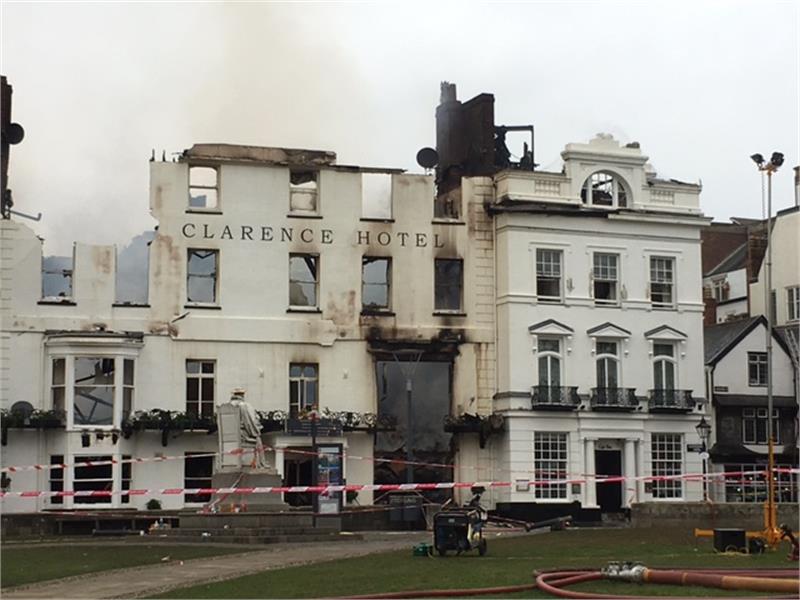 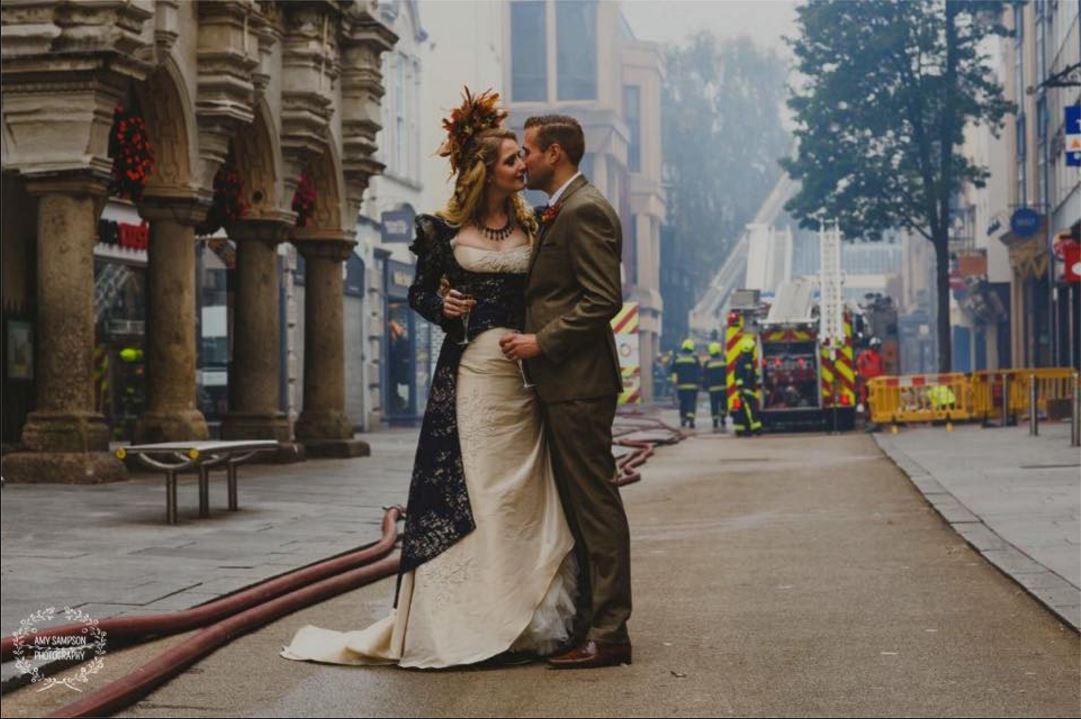