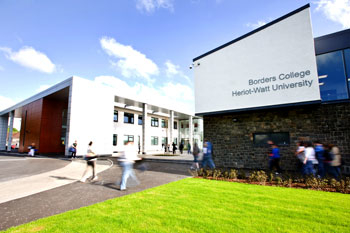 SHARC Energy Systems has secured a £4million investment from Equitix and the UK Green Investment Bank plc (GIB) to finance the installation of its sewage heat recovery system under heat purchase agreements.

The Equitix managed fund Energy Saving Investments (ESI) in which GIB is a cornerstone investor, is investing £2 million in the programme and equal amount of private sector capital has been mobilised from the Equitix Energy Efficiency Fund (EEEF).

This is now being used to support the first project at Borders College and a pipeline of others being developed across Scotland. The first scheme will see waste water from Scottish Water’s network used for the heat recovery system.

Borders College, based in the South East of Scotland and with 5,500 students, has entered into a 20-year heat purchase agreement with SHARC which means the College will purchase its heat from latter at a discount to gas prices that will be sustained for an extended period. The system which will be operational this summer, has been designed for the college will deliver 95% of its heat requirements.

“We have worked closely with Equitix and their technical legal advisers to get them comfortable with the ability of the system to deliver the energy savings,” said Russ Burton, CEO, SHARC Energy Systems. “The technical due diligence challenged every aspect of the system’s credentials and although it was a stringent process to go through, the outcomes have reaffirmed the efficiency and opportunity our equipment presents for saving energy.“

SHARC Energy Systems has worked with Scottish Water to enable sewage to be intercepted from its network in the Galashiels area. The scheme has been developed in such a way as to not have an impact on the normal operation of the sewerage network and enable the downstream waste water treatment process to continue working effectively.

Additional automatic monitoring has been built into the system by Scottish Water which using its water resources, helps support the development of renewable energy, economic growth and sustainable technologies.

SHARC is now looking at further opportunities to invest in Scotland with plans to build a production facility which will see the creation of new jobs.

Picture: Borders College with 5,500 students, has entered into a 20-year heat purchase agreement with SHARC.