Shopping Around for a Living Wage 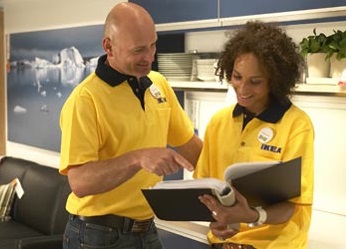 IKEA has been praised for stating that it will be paying its UK staff above the Living Wage in 2016, the first retailer in the country to do so.

The Swedish owned company announced its decision just days after the commitment by Chancellor George Osborne in his summer Budget that the government will have a mandatory living wage from April next year.

IKEA will pay all its employees outside of London no less than £7.85 from next April and £9.15 in the capital, including those less than 25 years old. This contrasts with the government’s own target of over £9 by 2020 for those over 25.

The step was immediately welcomed by the Living Wage Foundation which also stated the retailer had become a member of its scheme and by London Mayor, Boris Johnson, who has been an advocate for the policy.

“We are delighted with the news that IKEA, one of the UK’s major players in the retail sector, has announced its intention to accredit as a Living Wage employer,” declared Rhys Moore, Director Living Wage Foundation. “This is a huge step in the life of the Living Wage movement and sends out a clear marker to the sector that businesses that can, should pay the voluntary rate, which is calculated according to the cost of living.”

For his part, Boris Johnson saw IKEA’s decision as having huge consequences. “There is no doubt that the London Living Wage is a win-win scenario for the workforce and employers alike, boosting quality of life and workplace morale which in turn increases productivity. I have long argued that those companies that can afford to pay the London Living Wage should do so, and I urge big businesses to follow IKEA’s fantastic example and do the right thing by signing up to this scheme.”

The Living Wage Foundation has now accredited over 1,600 businesses, including nearly 20% of the FTSE 100 and well known companies such as Nestlé, Nationwide and British Gas.

Picture:   All staff at IKEA will benefit from its commitment to a Living Wage with rates that exceed the government’s own mandatory scheme coming into effect from April 2016.