Should Old Acquaintance Be Forgot? 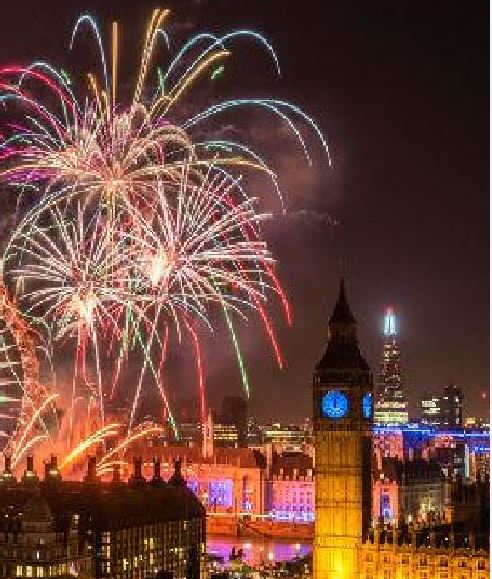 All 110,000 tickets for the London New Year’s Eve fireworks display have been sold. Meanwhile the authorities are advising revellers anywhere in the country to plan ahead.

New Year's Eve is one of the busiest nights of the year, particularly in central London. Revellers, wherever they are, are advised to plan ahead to get the most out of the huge range of other celebratory activities taking place in bars, restaurants, pubs and clubs up and down the country. Many venues will be ticketed and need to be booked in advance.

Employers, meanwhile, should make plans for crowded streets in their vicinity; a desire for employees to knock-off early; and the potential for essential staff and contractors to be less available on New Year's Day itself.

360o coverage on the BBC

Millions will stay home and tune in to watch the London New Year’s Eve fireworks display on the BBC. This year viewers get can closer to the action by taking control of the camera angle of the event by tilting and panning on their tablet or mobile device or using arrow keys on a laptop or PC.

Since first being staged at the London Eye on the South Bank in 2003, the numbers of people heading into central London for the acclaimed pyrotechnic and lighting display had mushroomed from an estimated 100,000 people in its first year to an estimated 500,000 in 2013 the last year before ticketing was introduced. A large proportion of them were unable to see the display at all. The sheer numbers threatened the emergency services ability to respond to a major incident effectively.

Southern members of the ASLEF and RMT unions have been engaged in the latest round of industrial action since Friday December 16 leading to a severely reduced and disrupted service every day while this industrial action is in place.

In addition to this, ASLEF and RMT strikes will affect Southern and Gatwick Express services on the following dates:

Services are expected to be particularly disrupted on the drivers' strike dates with no services on most routes. There is also likely to be increased disruption over the Christmas and New Year period. Journey planners will only be updated the day before the date in question.