Sleep Out Set to Raise More Than Half A Million Pounds 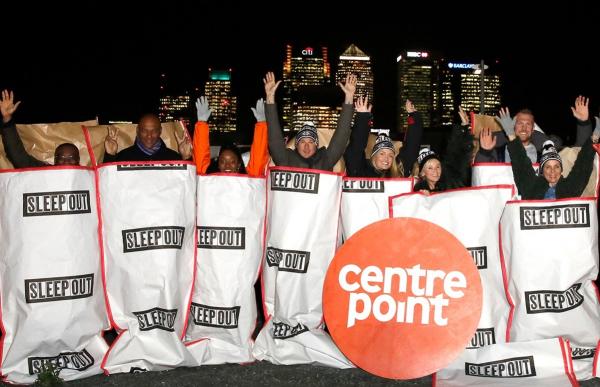 Centrepoint (the charity for the homeless named after the building that once opened its doors to rough sleepers along with many offices that donated space at Christmas time) has seen its supporters give up their beds for a night - alongside Lady Kitty Spencer and Centrepoint Ambassadors Sara Cox and Colin Salmon.

Sleep Out 2016 exceeded its fundraising target of £400,000 before the event had finished and donations, which will push the total past half a million pounds, are still coming in.

With each participant raising funds through sponsorship, the money will give more homeless young people a warm, safe place to stay and help to move forward in their careers and education. An estimated 25,000 young people could be at risk of homelessness this Christmas, making public support for Centrepoint's work more significant now than ever.

Sponsored by Greenwich Peninsula and Forsters LLP, Sleep Out was held for the first time on the banks of the Thames between London landmarks Canary Wharf and the O2 Arena.

Liberal Democrat Leader Tim Farron MP braved the cold as well as groups from Centrepoint's corporate partners. Teams including senior staff from global media agency MediaCom and advertising agency Ogilvy & Mather were among those bedding down for the night.

This year’s sleepers were entertained by a live performance from poet Hussain Manawer, short films from Secret Cinema, a workshop with a Centrepoint young person and a bedtime story read by Christopher Biggins.

Sleep Out offers just a taste of the stark realities of homelessness – the biting cold, the damp, the noise and the difficulty of carrying on your day with little sleep – things which the event's participants rarely if ever face in their everyday lives.

Richard Utting, Head of Events at Centrepoint, said: "We’re so grateful to everyone who gave up their beds to raise money and awareness for the crucial issue of youth homelessness. It’s a scandal that in the 21st century there are still young people in the UK left with no option but to sleep rough and face the threat of violence, the elements and an uncertain future'.

If you or your company is interested in taking part in Sleep Out 2017 or organising your own Sleep Out event, you can register your interest here or below.