Smart and Towering Way to Monitor 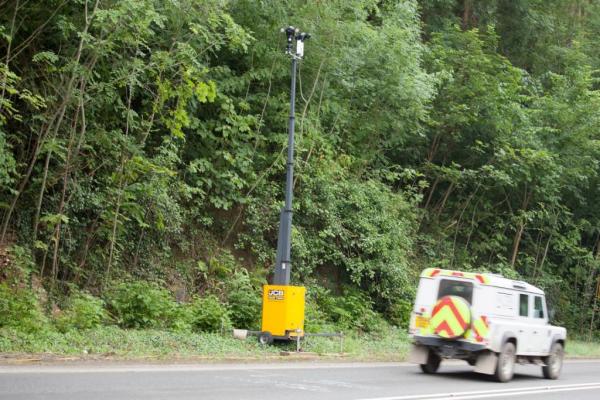 A £150 million Costain construction site along 14km of highway has provided material for a model practice case study by the specialist for large and remote sites, VPS Site Security.

The ‘Heads of Valleys’ road follows the southern boundary of the Brecon Beacons National Park in South Wales and is undergoing a major improvements scheme. It presents a significant engineering and environmental challenge to secure safely, including heavy traffic, remote and difficult terrains with numerous access points, and an ascent of more than 400m with limited radio communications.

VPS Site Security has developed a fully integrated protection and monitoring system using a combination of its mobile CCTV product, the JCB Smart Tower and human guarding services. The objectives are to protect a number of construction storage sites and materials as well as monitor the traffic flow over the length of the highway being developed.

Deploying a connectivity network, using wireless fluid-mesh communications, 18 JCB Smart Towers are supported by VPS mobile patrols to complement the security and monitoring service. The design plan has benefited both security and the construction operation with not only the materials and compounds protected but also early traffic flow alerts to help meet Costain project schedules and social capital goals.

“The JCB Smart Towers not only keep the compounds and plant secure from theft or vandalism but also give us an early warning of motorists whose vehicles break down along the route and require help,” explained Sarah Jane Waith, Head of Supply Chain, Highways, Power & Nuclear New Build, Costain. “CCTV towers monitored remotely are far safer and less expensive than having more guards patrolling the roads.”

Man Versus Machine or a Site for Sore Eyes

VPS, a specialist in protecting vacant properties, has published a special construction edition to its Guards versus Technology document issued last year. There were...