Songbird Tells Qataris to Sing for their Super 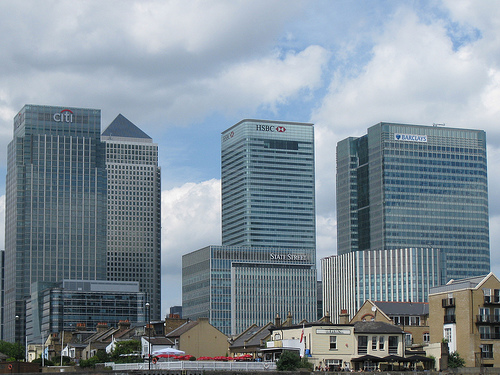 According to The Telegraph this morning, the 'super bid' of £6 billion from the Qatar Investment Authority and Brookfield (the Canadian investment group) for Songbird Estates, which is the biggest shareholder in Canary Wharf, has been rejected as it significantly undervalues the company...but QIA  might return.

Some of the world's biggest banks are in Canary wharf. The Qatar Investment Authority is a major shareholder/owner of property in London and the City per se. The Shard, HSBC Tower, Harrods and the Olympic Village are amongst its portfolio.

According to The Telegraph: 'Qatar already owns a 28.6pc stake in Songbird, while Brookfield owns a 22pc stake in the Canary Wharf development, after the property-to-energy group invested in the Docklands in 2005 under its former name Brascan.

'Should the two parties successfully buyout the rest of Songbird's shareholders they would own roughly 91pc of the financial hub, which has constructed 16 million square feet of office space in London over the past 20 years'.

The Cordant Group, a massive recruitment business with a substantial FM services arm has become a Social Enterprise. Meaning the majority of the Group's profits will...