SPIE that Came in From the Cold 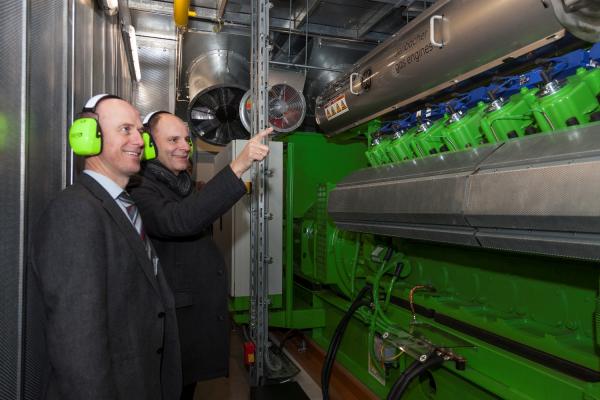 A first prize in the category Measures to Reduce Emissions by Partial Refurbishment of Cooling or Air Conditioning Systems has been awarded by a panel in Berlin to SPIE Energy Solutions.

The recognition was for SPIE Energy Solutions having developed a combined heat, power and cooling system for pharmaceuticals company Takeda GmbH in Singen.

The energy saving project guaranteed the business savings of Euro 1.1 million (net) by using waste heat to power an absorption cooling unit in the summer months and heating during the winter. In addition to the seven figure OpEx savings, primary energy demand was significantly reduced – 36% of the energy required for the cooling technology was generated.

Cooling and air conditioning systems consume approximately 16% of all electricity in Germany and is judged to significantly damage the climate. In 2008, in order to reduce energy consumption in this area and help reach the German government’s climate protection goals, the German Federal Ministry for the Environment, Nature Conservation and Nuclear Safety (BMUB) founded the German Cooling Prize. The award recognises organisations that have developed and implemented low emission technologies and environmentally friendly options in the area of cooling technology.

“For 30 years, we at SPIE, have been planning, implementing and operating energy efficiency boosting measures with success guarantees for our customers,” said Thomas Knorr, Senior Project Manager, SPIE Energy Solutions. “The German Cooling Prize reaffirms our efforts in this area and motivates us to continue innovating.”

Picture: The German Cooling Prize has been won by SPIE Energy Solutions for its combined heat, power and cooling system for pharmaceuticals company Takeda GmbH in Singen