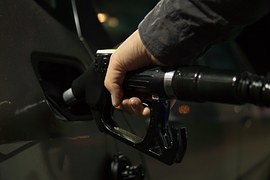 RAC fuel spokesman Simon Williams has predicted there will be a rise in wholesale fuel prices caused by a weak pound. He said: “The unexpectedly sharp fall in the value of the pound will make the wholesale price of fuel go up.

"Sadly, it’s also happened at a time when the oil price appears to be rising again so the combined effect will be bad news for motorists. We’re likely to see the price of both petrol and diesel increase by around 3p a litre in the next fortnight.

“Oil has gained $6 a barrel since OPEC announced at the end of last month that it is finally going to move to cut production potentially signalling an end to its two-and-a-half-year oversupply strategy. The physical cost of a barrel finished trading on Thursday at just over $50 – a price not seen since 9 June when the pound was worth $1.45 as opposed to $1.26, and the average price of unleaded and diesel was around 111p a litre.

“With the pound now worth so much less, there can be no other outcome than an unwelcome increase at the pumps from the current national averages of 113p for petrol and 114p for diesel.”

The average prices of petrol and diesel have increased for the fourth month running, according to RAC Fuel Watch data for June but wholesale fuel prices have only risen...