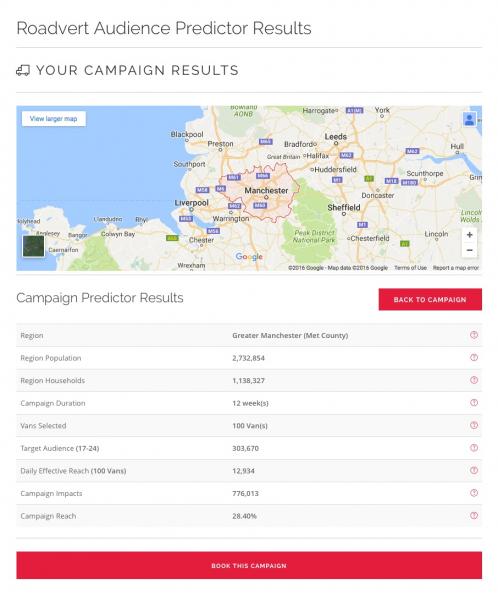 Roadvert has launched a new tool to help local authorities judge how much revenue they can generate by carrying third-party advertisements on their vehicle fleets.

The company is behind Spedian, a system of reusable vehicle graphics and has spent five years and developing the system which collects data from a variety of sources in the UK and pours them into an online calculator which enables councils to predict the audience profile for vehicles operating in a specified geographic area.

If, for instance, a potential advertiser or the council itself wanted to reach 30-40 year olds, the council can demonstrate how long an on-vehicle campaign should run in a particular area in order to maximise reach.

The tool is the brainchild of Roadvert’s CEO Lawrence Craig who said: “Many councils are sitting on a valuable asset - in terms of the advertising potential of their vehicle fleet - which may not have been fully realised in the past. Our system will help them unlock that value.

“It enables councils to show potential customers just how cost-effective on-vehicle advertising is when compared to more traditional direct mail campaigns for example.

“A direct mail shot to 342,000 households, for example, will cost more than £31,000 if delivered on its own but will be read properly by only 23 per cent of the people who receive it. Most leaflets are thrown away within days.

“I believe our online ‘value your vehicle’ system will be particularly attractive to local authorities who are looking to cut costs and generate revenue in these times of austerity."

The calculator uses an interactive map which is linked to banks of data about the age profile of the people who are likely to be using the roads in that particular location at different times of the day.

Picture: Councils and other fleet operators can produce stats to support the case for in-house or commercial side-of-van advertising sales

A consultation to help pave the way for automated cars to be used on British roads was launched week ending July 15 and is expected to last nine weeks. Under the...