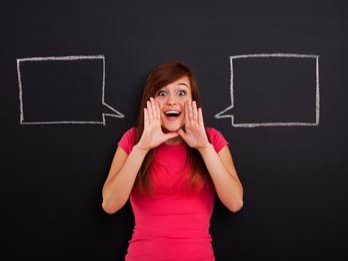 Tuesday 22 October was International Stammering Awareness Day and dealt with a subject that many non-stammerers still react to as a source of embarrassment or humour.

It is estimated by the British Stammering Association (BSA) that 300,000 people have this condition in the workplace.

A BSA survey, published this February, among individuals who stammered, revealed that almost 50% had not put themselves forward for promotion because they stammered, while two out of three said they were likely to hold back good ideas at work because they felt that speaking up was a problem. The survey also revealed that more than 83% of those who stammer, said it would help if their managers and colleagues understood more about the condition.

Encouragingly, leading businesses EY (formerly Ernst & Young), Accenture and DHL, are urging others in the UK to support employees who stammer by joining the first ever Employers Stammering Network (ESN), led by the BSA.

Of course, the problems that stammerers encounter can, in themselves, lead to greater stress and depression; so there can be a crossover between those with a physical problem (or condition) and those who may be considered to have a ‘purely’ mental illness.

At the heart of the subject is how well employers recognise the problems their staff can face – some may develop mental health issues some while after being employed because of working or domestic problems. There is also the serious aspect of dealing with those seeking employment and not being properly assessed by those who meet them at the interview stage.