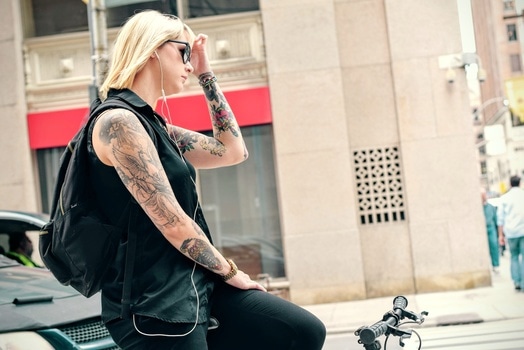 HR Diversity Consultancy, The Clear Company, has responded to research commissioned by Acas from academics at King's College, London, which suggests that tattoos are still considered unacceptable in many workplaces.

The consultancy works with large multi-nationals to help them to become more inclusive in their hiring decisions. As Director, Kate Headley, points out, bias around body art and piercings is one of the most hotly debated modules in its Inclusive Recruitment and Selection training programme: “Without exception, case studies around tattoos always lead to an interesting and often heated discussion that invariably concludes that sticking to an evidenced based selection process, with a clearly defined candidate specification, reduces the opportunity for subjective criteria, such as appearance, to influence hiring decisions.”

While it’s not illegal to discriminate against someone with a tattoo, as it’s not covered by the Equality Act 2010, the opinions of those who see tattoos as a reason not to employ someone are almost certainly generated by the same biases that effect people who are protected by the law.

“Tattoos are perhaps seen by some as an indication of someone’s background, often associated with criminal behaviour, anti-establishment thinking and a lack of respect for authority," said Headley. "Yet these are all assumptions based on conceptions created by a broader society influenced by stereotypes, like the tendency for people with tattoos being depicted as the ‘bad guys’ in fiction.

“The issue for people with tattoos is getting employers to see beyond this stereotypical bias, in just the same way as people with visible disabilities have to. The biases may be different in terms of type and manifestation but the discrimination experienced by both parties is broadly the same.”

Headley continued: “People may argue that tattoos are a ‘choice made by the individual’ and they should accept the judgement that comes with making that choice - but religion is also a personal choice and yet it’s illegal to discriminate on the basis of faith.

“So, whilst body art is not a legally protected characteristic, at the Clear Company we encourage employers to be open to cultural changes, to discuss these issues with their employees, their potential employees and their customers. After all, one in three younger adults now has at least one tattoo and whether they’re an employee, seeking employment or a customer of a brand they will inevitably be negatively influenced by perceived or experienced discrimination against body art.”