Thank God It Was Only a Smoulder 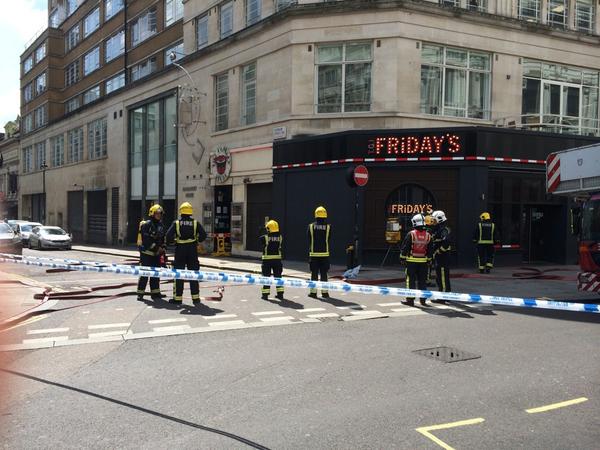 A blast at an electrical sub-station in the Soho area of London's West End has seen tourists and other members of the public evacuated along with a number of office and retail workers. It occurred near the famous Comedy Store and a TGIs.

Meanwhile, the London Fire Brigade Tweeted at about 2:30pm: The smouldering electrical sub-station on Oxendon Street in Piccadilly has been dealt with. We'll be leaving the scene soon.

The blast happened just before midday. Firefighters said that although smoke was seen coming from the sub-station, it was a smoulder rather than a blaze. An investigation will be conducted. Nobody was injured.

Firefighters were called to a waste recycling plant on Creek Way in Rainham, Kent on Monday with around 2,500 tonnes of waste on fire.

At the height of the incident 12 fire engines and 81 firefighters and officers tackled the blaze. Eight workers left the plant before the Brigade arrived. There were no injuries.

Station Manager Laurie Kenny speaking on Monday, 4 August said: “Crews are working hard and have prevented the fire from spreading to any neighbouring buildings. As the recycling plant is on an industrial estate, there are no nearby houses but there is a lot of smoke which is drifting quite a distance and can be seen for miles. If you live locally, shut your windows and doors.

“Firefighters have spent the day using mechanical diggers and aerial appliances which are a bit like cherry pickers to improve our access to the fire. We have also used specialist equipment to pump water from the Thames."