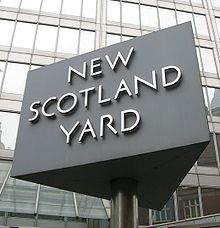 New Scotland Yard has been sold off quicker than expected but the buyer remains a secret . The 1960s’ office block in the heart of Victoria and home to the Metropolitan Police headquarters since 1967, has been sold by the Mayor’s Office for Policing And Crime (MOPAC) as part of a controversial and radical overhaul of London’s police estate.

Mayor Boris Johnson has stated that all proceeds from the sale will be reinvested into frontline policing and the Deputy Mayor for Policing and Crime, Stephen Greenhalgh, has confirmed the sale of New Scotland Yard. “Londoners support our plans to put bobbies before buildings and all the proceeds of this sale will be reinvested in frontline policing,” he argued. “Over the coming months we will be able to share these investment plans with Londoners but I’m confident that today’s sale represents the best deal for London.”

The guide price of £250 million was met for the 1.7 acre, 600,000sq.ft site and was deemed unfit for modern operational policing purposes. Details of the sale, including price and purchaser, will be announced in December once the normal transactional process has been followed and contracts have been exchanged.

The operational headquarters of the Met will relocate to the refurbished Curtis Green Building on Victoria Embankment, owned by MOPAC and empty since late 2011 and it is reported that it will save the police over £6 million a year in running costs.

Pictured: Under the hammer no more – New Scotland Yard in Victoria has been sold to as yet unknown developer