The Wrath of Khan 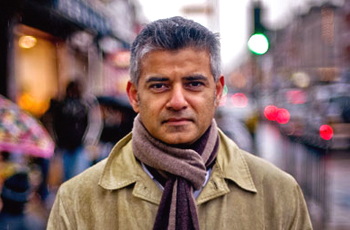 The new Labour Party Mayor of London, Sadiq Khan, has refused planning permission for a development that he believed would encroach on green space in the city.

Stating he was fulfilling his pledge to Londoners to protect the city’s Green Belt by refusingIng one of his first planning moves, Khan reaffirmed his commitment to oppose such building by rejecting plans for a three-storey football stadium and blocks of flats in Chislehurst.

The development, which included building a football stadium for Cray Wanderers Football Club, community sports pitches and two four-storey residential blocks of 28 flats, had been approved by Bromley Council. However, after carrying out a detailed assessment, the Mayor believed the plans would cause significant harm to an area of ‘much needed’ open green space. He was also concerned the application at Flamingo Park Club included no affordable housing.

“I am determined to oppose building on the Green Belt which is now even more important than when it was created,” explained Khan. “Working with my planning team I will continue to use my full range of planning powers to further strengthen protections for open and green spaces in the London Plan and ensure we are making the most of brownfield sites across the city, including the vast swathes of public land which are ripe for building homes for Londoners.”

The Mayor has also used his planning powers to give consent to several schemes that he believed would boost housing supply in London as part of his aim to work with boroughs, developers and housing associations to achieve the target of 50,000 homes built every year.

And They All Go Hand-In-Hand - Park Life

The Mayor of London, Sadiq Khan has launched plans to help make the capital the world’s first National Park City and one of the greenest cities on earth - despite...