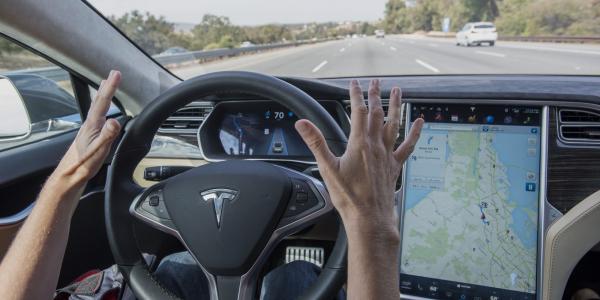 Tesla is particularly known for its high-performance electric vehicles and ‘envelope-pushing’ technology and is now under scrutiny for the way it deployed and marketed its Autopilot driving-assist system.

One organisation, Consumer Reports, has accused the company of an ‘aggressive’ introduction and marketing of self-driving technology, believing it is forcing safety agencies and automakers to reassess the basic relationship between human drivers and their increasingly sophisticated cars.

Last week, the National Highway Traffic Safety Administration (NHTSA) sent a letter to Tesla demanding detailed information about Autopilot, including any design changes and updates to the system as well as detailed logs of when the system has prompted drivers to take over steering.

Autopilot comprises multiple systems (including Autosteer and Auto Lane Change) that use cameras, radar, ultrasonic sensors and data to, in Tesla’s own statement to ‘automatically steer down the highway, change lanes and adjust speed in response to traffic [and] help the car avoid hazards and reduce the driver’s workload’.

Consumer Reports’ experts believe there are two contradictory messages from Tesla – that a vehicle can drive itself but that the driver may need to take over the controls at a moment’s notice.

It is argued that it also increases the possibility that drivers using Autopilot may not be involved or aware enough to react quickly to emergencies. While other vehicle manufacturers similar types of semi-autonomous technology into their vehicles Consumer Reports states Tesla has been ‘uniquely aggressive’ in its deployment. It condemns it as ‘the only manufacturer that allows drivers to take their hands off the wheel for significant periods and the fatal crash has brought the potential risks into sharp relief’.

“In the long run, advanced active safety technologies in vehicles could make our roads safer but today we're deeply concerned that consumers are being sold a pile of promises about unproven technology,” warned Laura MacCleery, Vice President of Consumer Policy and Mobilisation, Consumer Reports. “Autopilot can't actually drive the car, yet it allows consumers to have their hands off the steering wheel for minutes at a time. Tesla should disable automatic steering in its cars until it updates the program to verify that the driver's hands are on the wheel.”

For its part Tesla has been forced on the defensive by the attacks made on its technology.

A spokeswoman for Tesla said Autopilot underwent millions of miles of internal testing and is updated constantly. “We will continue to develop, validate, and release those enhancements as the technology grows,” she insisted.

Picture: Wheel of fire – has the Autopilot system come too soon despite what Tesla says?