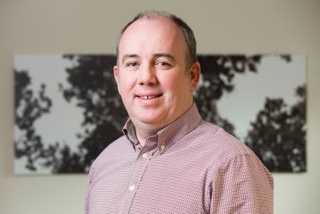 Elmhurst Energy has urged the Department for Communities and Local Government (DCLG) to take another look at what it believes are ‘contentious’ proposals contained in its recent consultation Display Energy Certificates: Current regime and how it could be streamlined and improved.

The so-called contentious DCLG proposals include changes in the definition of a public building so that buildings such as schools are excluded from requiring a DEC.

Elmhurst Energy also believes that the proposal to set the validity period of all DECs and their accompanying recommendation reports to five years and abolishing the use of DECs entirely for the Energy Performance of Buildings Directive are fundamentally wrong and will mean any improvements or return on investment needed to drive energy efficiency would be impossible to demonstrate.

“A DEC is one of the most effective tools for allowing a building occupier to measure, understand and implement energy saving recommendations and their value should not be underestimated,” explained Stephen O’Hara, MD, Elmhurst Energy. “In 2013 the Department of Energy and Climate Change reported that buildings with a DEC achieved an energy saving of 12.1% over those without one. A previous survey calculated a 2% improvement but whichever number you choose, the savings outweigh the cost many times over.”

Mr O’Hara believed that schools, in particular, use DECs as a practical demonstration of the importance of energy management which would instil good practice in the future generations.

Elmhurst Energy has submitted its response to DCLG and has also urged registered its energy assessors to respond to the consultation and to write to their MPs and MEPs. It has produced a manifesto calling for action and consistency regarding energy efficiency policy, which can be downloaded: www.elmhurstenergy.co.uk

Picture: Stephen O’Hara, MD, Elmhurst Energy – “A DEC is one of the most effective tools for allowing a building occupier to measure, understand and implement energy saving recommendations…”

This week has seen the Department for Communities and Local Government (DCLG) state that the government will consider proposals that could see Display Energy Certificates...

40% of businesses are expected to die in the next 10 years if they donÔÇÖt figure out how to embrace new technologies. The white paper looks at the notion of streamlining payroll and how integrating basic time and attendance workforce data with a cloud-based automated payroll system can benefit cleaning and FM service providers. Click image to read more.

StreetDots is the worldÔÇÖs first and only booking platform for creating vibrant mobile catering, retail and even wellbeing opportunities for FM and property managers in London and Manchester - all with no charge to the land operator. To Read More - Click The Pic