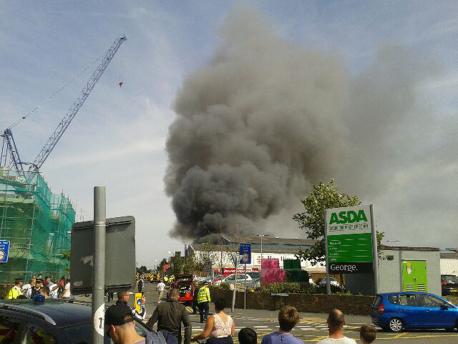 Six fire engines and 35 firefighters and officers were called to a fire at a building under construction on Mitcham Road in Tooting in London yesterday morning just a day after two workers died in two separate incidents.

Fortunately nobody was harmed – the fire was reported at about 05:00a.m. and thus no-one was on site. The incident comes after warnings from The Sunday Observer that a ‘ticking timebomb’ has been set to go off in an industry that has lost skills through the recession and is now moving at such a pace that injuries, accidents and deaths are an inevitability.

The paper quoted Baroness Donaghy, who wrote a report, One DeathToo Many last year.

The three storey building was badly damaged by fire and suffered a partial collapse at the rear of the property.

Firefighters from Wimbledon, Tooting, Mitcham and Norbury fire stations attended the scene. The cause of the fire is under investigation.