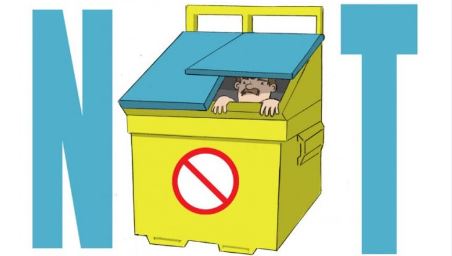 More than 10 people have died in this country during the last five years after containers in which they’d sought shelter overnight were emptied into waste trucks. Now the UK waste industry, led by Biffa, Veolia and B&M Waste Services has committed to work together in order to help save lives through increased education and co-operation.

They were joined by two charities involved with the homeless, Framework and Homeless Link, to consider ways to tackle the issue and protect vulnerable people. The meeting heard that the problem was not restricted to the homeless either, although the homeless crisis was putting more at risk. There were also reports of students and those making their way home under the influence of drink or drugs seeking shelter and putting themselves in danger.

For the first time, management companies will pool resources and share information. Work will also take place to expand the group to include more members and work with local authorities too.

The joint initiative follows on from Biffa’s own work with charity Homeless Link to encourage members of the public to alert local authorities, which featured on the BBC earlier this year. Tim Standring, Biffa’s divisional health, safety, environment and quality coach said: “Even though we’ve increased training and awareness over the last two years and discovered more people in our bins, tragically fatalities are still occurring across our industry. But there is a wider responsibility beyond simply the waste companies – it needs a holistic approach from all sectors and stakeholders including our customers, local authorities and the general public.”

Veolia’s quality and health and safety projects manager Paul Thornber said: “Whilst the waste and resource industry is trying hard to reduce and eventually eliminate these tragic events, support from other stakeholders in the Duty of Care chain is required and would be welcomed. This social problem is on the rise and it is up to us all to support one another in playing a part in attempting to find a lasting solution.”

And Ann McMurrie, B&M Waste Services’ environment, quality, health & safety and compliance manager added: “Coming together as an industry seems the sensible way forward to raise awareness of the terrible dangers of sleeping in waste containers. We first addressed this issue with our ‘Refuse not Refuge’ campaign which launched in 2013. We now urge other parties such as local authorities and customers to spread this message, and further reduce fatalities in the future.”

The People in Bins Steering Group has committed to meeting in the New Year to agree the details of the initiatives and seek the wider involvement of all sectors of the UK waste industry. 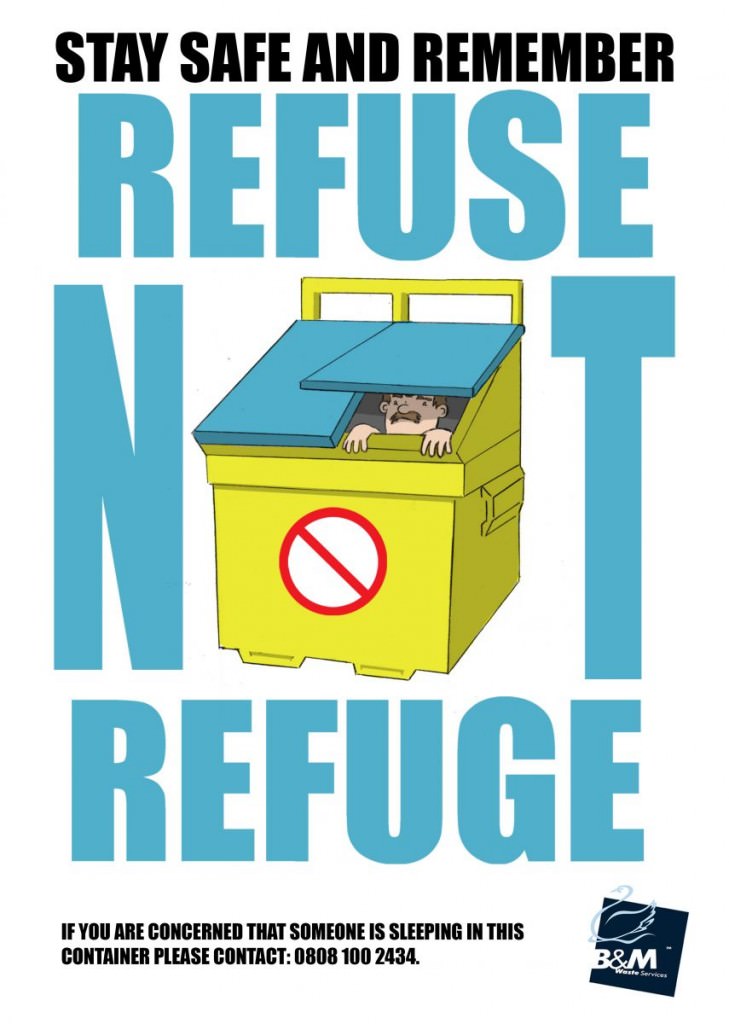