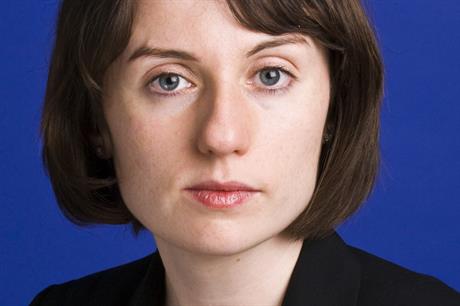 A new report has warned that the UK’s public finances are increasingly dependent on taxes generated in London – highlighting the need, post-Brexit, to make the most of the capital and strengthen other city economies.

The report, ‘10 years of tax: how cities contribute to the national exchequer’ (published week ending July 8), shows for the first time how levels of tax generation across Britain’s 62 cities have changed over a ten-year period (2004/5 – 2014/15).

It reveals that despite numerous policy initiatives from all major political parties aimed at rebalancing the economy, London still accounts for the lion’s share of the UK’s tax revenue. The capital generated just under 30% of the national ‘economy taxes’ in 2014/15 – an increase of five percentage points on its share of the national ‘economy tax’ intake in 2004/5. Over the entire ten year period, London accounted for 43% of the ‘economy tax’ generated in UK cities.

In contrast to the capital, the other UK cities which contribute most to the national finances have seen little or no growth in their tax intake in the past decade. For example, while the amount of tax generated in London increased by 25% (£28bn) in real terms between 2004/5 and 2014/15, Manchester’s tax intake grew by only 1%, while Birmingham, Glasgow and Leeds all saw significant decreases in their tax intake.

The report highlights the potential risk to the UK exchequer of relying heavily on one city to generate such a large portion of national tax revenues, warning in particular that a slowdown in London’s economy would pose major challenges to both the capital and other places across the country.

The impact of the 2008 recession continues to be felt, with more than three quarters of British cities (47) generating less tax now than in their pre-recession peak. For example, Swindon and Norwich generated 20% and 21% less tax respectively in 2014/15 than immediately before the recession.

Productivity levels have slumped across most UK cities – but not London – since 2004, reflected in the fact that only a third of UK cities (22) are currently generating more economy taxes per worker than they were 10 years ago. Boosting productivity in these cities should be a key priority in strengthening the national economy in the long-term says the Centre for Cities.

Wages have also dropped, despite increasing employment – most cities are now home to more jobs now than ten years ago, yet the average pay-packet has decreased in more than two thirds of UK cities (44) in that period.

Commenting on the findings of the report, Alexandra Jones, Chief Executive of Centre for Cities said: “The UK’s growing reliance on London’s taxes underlines the importance of ensuring that the capital prospers in a post-Brexit world. But our research also shows that more must be done in the years ahead to strengthen the economies and tax bases of other city regions such as Greater Manchester, the West Midlands and the North East, many of which voted strongly for Leave.

“In particular, national and local leaders should work to secure access to the single market, which many firms depend upon. We also need to see assurances that investment for important infrastructure projects such as HS2 and HS3 will continue and that the city-region devolution deals currently in place go ahead as planned in the coming years. Boosting productivity in both London and major UK city regions will be vital in helping the country as a whole to grow and prosper in the years ahead.”