Universal Mysteries of the Orient 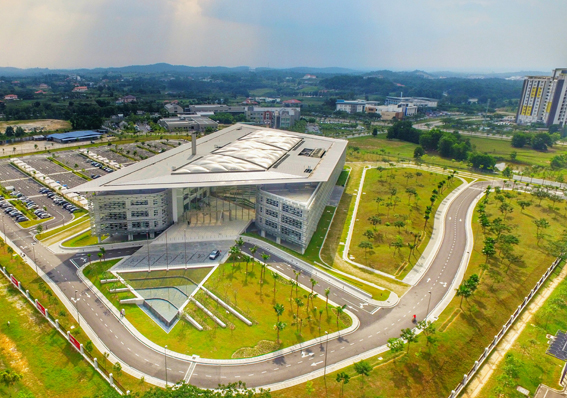 The University of Reading Malaysia (UoRM) and Henley Business School Malaysia have been officially inaugurated.

The British High Commissioner to Malaysia, Vicki Treadell opened the site and more than 400 guests, staff and students attended the formal opening ceremony in the university's modern, purpose-built complex in EduCity, Iskandar, part of an initial £13 million investment from Reading to date.

UoRM is the University of Reading’s first multidisciplinary overseas campus and its fifth one overall, alongside the Whiteknights and London Road campuses in Reading and the Henley Business School sites at Greenlands and Johannesburg.

The new facilities will educate up to 3,000 students with ambitions to extend beyond the current building into new space at EduCity. The vibrant student village at EduCity offers halls of residence, catering, and sports facilities, reportedly making it one of the most advanced university sites in South East Asia.

The first foundation and undergraduate courses in business, finance, psychology, real estate and quantity surveying started last September with Henley Business School’s MBA starting in February. All courses are fully University of Reading degrees, equal to the standards set in the UK but at half the equivalent tuition fees. All students are guaranteed the option to study from a term up to one year of their degree in Reading, while UK-based students can transfer to study in Malaysia.

The opening comes two days after the UK government launched its 12 month GREAT Year of Education campaign to promote British education in Malaysia to strengthen higher education, college and school exports to Asia. UoRM will also support the Malaysian government's higher education expansion plans over the next 10 years and work towards the target to attract 250,000 international students by 2025.

Picture:   The impressive UoRM is the University of Reading’s first multidisciplinary overseas campus