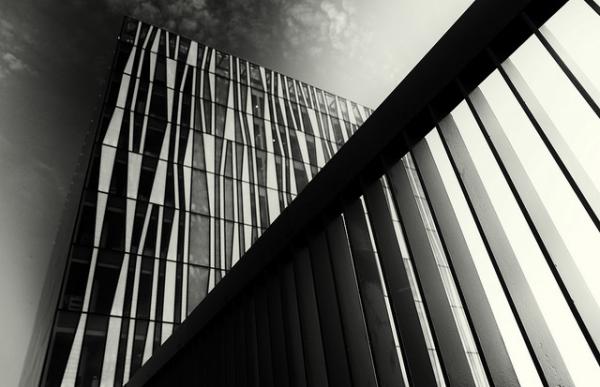 The University sector continues to transform its estate to meet the demands of teaching and research in a digital 24-hour learning environment but keepings its costs at a three-year low. These cost savings are made despite an extraordinarily challenging political environment, according to the Association of University Directors of Estates’ (AUDE’s) annual report, released on October 6.

The publication, entitled Higher Education Estates Management Report 2017 spans the academic year 2015-16, and details the evolving profile of the university estate in the UK.

The UK university estate is managing an additional 500,000sq.m of space as well as the comprehensive refurbishment of older buildings. Despite this increase in the size and complexity of the university estate, directors of estates have worked to keep costs down and total property cost (revenue spending) has remained relatively level for the third year in a row at £2.04 billion.

Despite the large expenditure figure, the experience of most universities with capital investment will be much more modest, with many directors of estates having to make difficult decisions about what they invest in. These decisions will only become more difficult, according to Mike Clark, AUDE’s chair, and director of estate & facilities management at the University of Brighton.

He said: “Smaller institutions will be keeping a very close eye on their bottom line, choosing between refurbishing older buildings to cut backlog maintenance costs or creating entirely new more carbon-efficient spaces. While it’s likely these decisions cause sleepless nights already, with the threat of further decreased income as a result of the Teaching Excellence Framework’s sanctions, and a historic low in those available to recruit to university, more turbulent times are almost certainly ahead. For many institutions, the challenge will be to develop capital programmes to update their estate whilst student numbers remain level, or for some, even reduce.”

The demographics of the UK show that the number of people available to go to university will continue to reduce for the next four to five years to a historic low, before numbers start to recover again.

Mike Clark continued: “Alongside the uncertainty of Brexit, and studying in the UK a potentially more difficult process than ever before for overseas students, diving efficiency, reducing costs, improving service and increasing the commercial income from the estate will be vital for the survival of many institutions.”

According to the report, the overall figure of healthy expenditure levels may be misleading – with 20 institutions with the largest capital spend of 2015/16, spending 50% of the total capital expenditure. Similarly, 80% of the capital was expended by 54 out of the 154 institutions, and four of the biggest institutions spent a £100m a year each on new buildings – these were the University of Cambridge, Imperial College, University College London and University of Edinburgh.

George Griffith, head of university consulting at CBRE, who was involved in authoring the report said: “Wages make up a large part of total property costs and as salary costs increase, so do overarching operating costs. This will be greater impact for those institutions where income is not increasing at the same rate as costs, and universities will have to be very focussed on the size of their estate, ensuring they match their estate to the demands of the staff and students."

Other report highlights include:

The number of students (taught and research) totals 1,710,000 full time equivalent students. If all these people were in one place it would be the 4th largest city in the UK.

The largest costs are:

The total number of HE owned and managed beds on the residential estate amounts to 261,000 beds (I.e. of the institutions’ own halls of residence), with a further 110,000 which the sector leases directly from the private sector.

Sir Ian Diamond, principal and vice-chancellor of the University of Aberdeen commented on the report, saying: “The university estate is today, so much more than it has ever been. It is comprised of everything from innovative and impressive learning, teaching and research facilities, social spaces, entertainment venues, sports facilities, restaurants and cafes, theatres, libraries, hospitality and residential accommodation to space for start-up companies, enterprise space and collaboration spaces with business and companies. Universities will continue to evolve and be dynamic in the face of changing demographics, funding and political upheaval, and directors of estates will strive to provide excellence in facilities alongside world-class education.”

Picture: Just one of the buildings at the University of Aberdeen

The Association of University Directors of Estate (AUDE) has released its annual report showing healthy growth with £28 billion of income. The report –...

Balfour Beatty has secured a contract for the £60 million state of the art University of Strathclyde learning and teaching facility in Glasgow. The contract,...

The UK’s university estates have invested over £3 billion a year in new buildings and spend the same again on maintenance, energy, cleaning and security as...

The Association of University Directors of Estates has reported that higher education needs a shake-up of its property and technology strategies  to be ready to meet...

Last month, the Association of University Directors of Estates (AUDE) announced the appointment of Mike Clark as chair with immediate effect. Clark has been the...