Up the Roof in Battersea 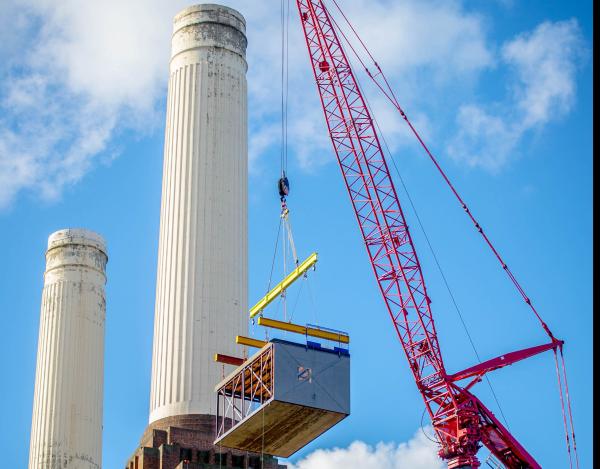 The Battersea Power Station Development Company (BPSDC) has stated that there will be the installation of a new marketing suite on the roof of The Power Station in preparation for the Phase 2 sales launch on 1 May.

The marketing suite will ‘sit’ on the Annexe of The Power Station, overlooking the River Thames with views spanning from Chelsea Bridge across to The City. The structure was hoisted into position using one of the largest mobile cranes in the construction industry. The suite will be fully fitted out over the following months and open in time for the May launch.

The second phase of the development will see the refurbishment of The Power Station itself, to create, what the developer claims will be ‘a vibrant mixed-use space’. There will be approximately 254 apartments situated within the existing facades of the western and eastern flanks of the famous London building and on top of the central boiler house. Those on the roof of the central boiler house will frame a what is meant to be a ‘garden in the sky.’

Rob Tincknell, Chief Executive Officer of Battersea Power Station Development Company, commented: “We are extremely excited to have completed the installation of this incredible structure. Boasting a stunning riverside London view this suite will offer our potential purchasers the opportunity to see a creative vision of how these unique apartments will actually look and the actual views they will have across the site, river and London. It will be a wonderful way to give people a glimpse into the future of the homes we are creating and really bring the building to life.”