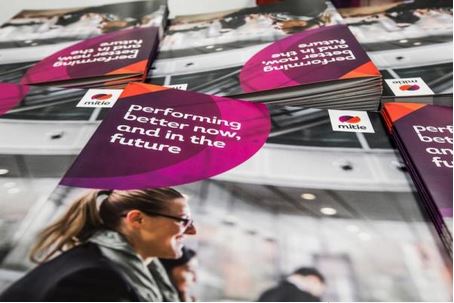 Mitie has today been named as one of The Times Top 50 Employers for Women, for the fourth year in a row. They are joined by Sodexo.

Published today (3 April) as a supplement in The Times, the top 50 recognises UK organisations that ensure their workplaces provide women with the opportunity to achieve their full potential.

The list is published in partnership with Opportunity Now, a workplace gender campaign organised by Business in the Community.

Mitie is a FTSE 250 outsourcing company which places importance on attracting, developing and retaining the best female talent and "providing a supportive and inclusive environment for its people," claims a company spokesperson.

Mitie is a member of WISE (Women in Science and Engineering), the campaign to promote female talent in science, technology, engineering, and mathematics from the classroom to the boardroom and has set up an internal women’s network, Women of Work, across the business to promote female networking, knowledge sharing and learning opportunities at all levels.

The company also has a dedicated maternity coaching and mentoring programme and encourages flexible working to help retain senior female. Mitie has an externally chaired diversity steering committee, supported by a network of 'diversity champions' throughout the organisation.

Elswhere, the company has a partnership with Working Knowledge, a social enterprise that creates chances for young people to open doors into employment.

Ruby McGregor-Smith, Mities Chief Executive and chair of the Women’s Business Council, said: “We are committed to providing a supportive and inclusive environment for all of our people, ensuring that we lead the way in diversity.”

Sodexo also won the Global Award at last night’s Opportunity Now Excellence in Practice Awards, held at The Brewery in the City of London, in recognition of the measurable progress towards its international commitment to gender balance.

Set in 2009, Sodexo is already on the way to achieving its target of having 25 per cent of women in senior positions around the world by 2015. The Sodexo UK and Ireland board is already 38 per cent women.

The Sodexo Women’s International forum for talent (SWIFt) drives the organisation’s gender diversity approach across the globe. SWIFt is co-chaired by Sophie Bellon, the daughter of Sodexo’s founder Pierre Bellon, who is due to succeed him as chair of the company in 2016.