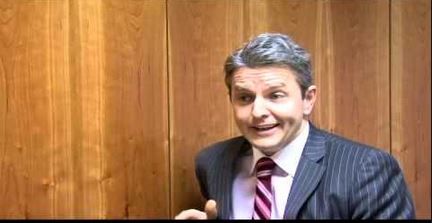 Initial Technical Services has confirmed that it has recently restructured – with an impact on ten employees from a team of 700. Of those ten, six will be offered a chance to relocate with four sadly losing their jobs just before Christmas. (Initial Facilities Management employ 26,000 overall.) Jamie Reynolds who runs Initial Technical Services was adamant when he spoke to ThisWeekinFM that the division was pushing ahead and looking forward to strong business growth. He said: “It’s simply not true to imply that Initial Technical Services has not been a success – it has grown substantially and now employs 700 people with £100m turnover. It’s unfortunate that ten employees have had an impact on their roles at this time of year – you could not fairly describe this as a ‘swathe’ of redundancies. In fact of the ten jobs – six will now be available in Manchester and only four will go.” “Tech Services has not been disbanded – it is a key service line and Hi Tec is a key sector for our business,” concluded Reynolds.

Reynolds is responding to an earlier story that was originally presented to Rentokil Initial for comment prior to publication. See original story below:-

Initial Technical Services is to amalgamate with Initial Facilities Management with the loss of a substantial number of jobs.

Both companies are part of Rentokil Initial plc, the company that built its reputation on supplying pest control, workwear and hygiene services but in fact is one of the largest business services companies in the world.

However the firm is not without its troubles – being forced to sell off its City Link parcels delivery company for £1 earlier this year and appointing a new CEO in October, Andy Ransom, to replace Andy Brown who had spent five years ‘re-focusing’ on core business.

The latest ‘re-focusing’ has seen Initial Technical Services disbanded and consumed by Initial Facilities Services, leading to a swathe  of redundancies. The company called in staff on Monday to hand them their notices. Many had worked the weekend to build an important proposal and were shocked at the move. ThisWeekinFM’s contact said: “I couldn’t believe it. They must have known this was coming and yet let us work all weekend to deliver a proposal and then called us in on Monday and casually made the announcement and handed us our papers. To do this to hard working, loyal staff just before Christmas with no warning is heartless and disgraceful.”