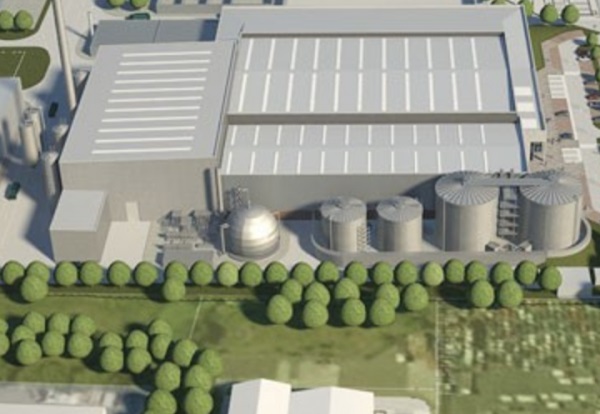 International support services and construction group, Interserve, has been served notice of termination on its Glasgow Recycling & Renewable Energy project.

The company is assessing the implications of the action with its legal advisers.

Interserve is said to be exiting the energy from waste business but clearly this exit was not planned quite yet. The £154 million project, masterminded by waste one of the UK’s largest resources, recycling and renewable energy firms, Viridor, has suffered serious delays - it should already be on stream but is still in the commissioning phase.

In a statement sent to ThisWeekinFM, Viridor, said: 'We have moved to protect the Glasgow Recycling & Renewable Energy project (GRREC). Since 2012 Viridor has worked with Glasgow City Council to transform the way the city’s residual waste is managed. In 2013, construction commenced on a state-of-the-art recycling and sustainable waste management facility at the council’s long established waste treatment plant at Polmadie, radically overhauling the way the city’s household waste is managed over the next 25 years.

'Commissioning commenced in May, with waste being processed since July 2016.

'Interserve, the main contractor for the construction and engineering of the facility, have repeatedly failed to meet contracted delivery milestones. With Interserve now reporting a forecasted failure to meet a contracted long-stop construction completion date, Viridor will commence a contractual process to terminate its contract with Interserve'.

“Whilst commissioning is now well underway, our contractor Interserve has continually and repeatedly failed to meet delivery milestones. Viridor has made every effort to avoid this highly regrettable action. That said, against a backdrop of Interserve continuing to report further delays, Viridor is no longer able to tolerate further impacts on this important environmental project.

“Viridor remains fully committed to delivering this world-class facility and we have the expertise to do so; as demonstrated by the delivery of six energy recovery facilities across the UK in the last 18 months.

"We are liaising with key stakeholders to encourage Interserve to offer every support to their employees and affected supply chain.

"Following formal legal termination of our contract with Interserve, we will move to implement a full, professional delivery team, mitigating where possible impacts on the existing supply chain.”

Picture: An artist's impression of the Glasgow Recycling and Renewable Energy Centre which involves a twenty-five year partnership between Viridor and Glasgow City Council. Not only will it save the city by diverting material from costly landfill, it will boost recycling and generate enough energy to power 22,000 households and heat the equivalent of 8,000 homes. All of this whilst reducing 90,000 tonnes of CO2 emissions each and every year.

A House of Lords EU committee report has called for urgent action on food waste in Europe. It was published on Sunday (6 April) and among its recommendations was a clear...