We Got it Wrong Again - Forced Revisions to HMRC Estate Plan 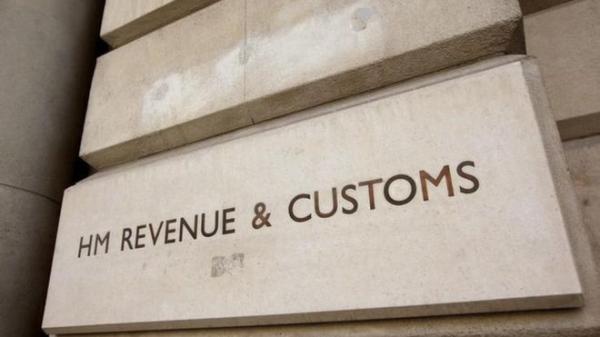 By reducing the number of its offices and moving to a regional centre model HM Revenue & Customs (HMRC) hopes to significantly reduce its running costs and modernise the way it works.

However, in a report released recently, the National Audit Office stated that HMRC has recognised that its original plan was unrealistic and is considering how it can adjust the scope and timing of the programme to reduce the cost and delivery risk.

HMRC has now declared that 'any changes will need to be carefully managed to avoid diminishing the long term value of the strategy'.

HMRC is undergoing a major transformation programme to redesign and significantly reduce its estate by 2020-21. It is moving from a widely dispersed estate of 170 offices to 13 regional centres supplemented by four specialist sites and a headquarters in central London. This programme is part of a wider civil service agenda to move to shared government ‘hubs’.

HMRC believes that moving to regional centres will provide the flexibility to modernise and transform the way it works to a primarily digital service. It has more space than it needs and much of it is in poor condition, which it considers reduces morale and productivity. HMRC’s plans for regional centres are therefore integral to its strategic aims to increase tax revenue and to transform the service it provides to its customers.

The report finds that HMRC has reduced the size of its estate by over a quarter since 2011, saving £102 million (30%) in its annual running costs. However, the scale of the changes it could make has been limited by the terms of its long-running contract with Mapeley STEPS Contractor Ltd, which expires in 2021 and covers around two-thirds of HMRC’s estate. In its business case for moving to regional centres, HMRC estimated that it would continue to make savings over the next eight years as it leaves most of its existing buildings.

HMRC’s regional centres need to be up and running and its estates plans settled before the STEPS contract ends in March 2021. It expects if it stays in STEPS properties beyond this its rental and service costs will increase. Its aim is to occupy regional centres before this happens, and it has sought to make decisions about its choice of locations early in order to negotiate with Mapeley about the timeframe for leaving existing buildings. HMRC’s aim to occupy regional centres quickly has meant in some locations having to balance the need to achieve timely occupancy against cost and quality.

In response to previous NAO and PAC recommendations, HMRC has improved its working relationship with Mapeley and its management of the contract, achieving cumulative savings of £189 million since 2011. It has closed 160 buildings managed under the contract and reduced the contract’s annual cost by £54 million.

HMRC has assessed that Mapeley’s performance in 2014-15 remained below the quality standards HMRC had set. In 2014-15, HMRC’s payments to Mapeley for facilities management were reduced by £700,000 to compensate for this underperformance, equating to 2% of what HMRC pays annually for this part of the contract.

During the transition to regional centres, HMRC recognises it must not impair its service to taxpayers or its ability to collect tax revenue. HMRC has concluded that its original plan was unrealistic and carried too high a risk of disruption to its business as it involved moving or replacing too many staff too quickly while delivering 14 other major change programmes in parallel.  Since it submitted its business case for the 2015 spending review settlement, HMRC’s estimate of its estate costs over the next 10 years has risen by nearly £600 million (22%), more than half of which is due to higher than anticipated running costs for its new buildings.

HMRC is now re-considering the scope and timing of its moves to regional centres to reduce the costs and the risks of disruption over the next four years. Its options include: changing the timetable for opening regional centres; re-considering the functionality, location and size of some regional centres; and re-assessing how and when to introduce flexible ways of working. HMRC must manage the risk that such changes compromise its objectives to improve the engagement, morale and productivity of its workforce while achieving sustainable savings in the cost of running its estate in the long run.

As some of the moves to regional centres will now happen later than HMRC had planned, it will be longer before savings from its new estate are realised, but HMRC still expects the moves to provide better long term value for money. It estimates cumulative efficiency savings by 2025-26 of £212 million, reduced from £499 million from its November 2015 business case.  By 2025-26, HMRC expects its annual estate running costs to be £83 million lower than they are now.

HMRC has yet to define fully how regional centres will support better customer service and more efficient and effective compliance activities. HMRC has signed the contract for its first regional centre in Croydon, but faces a demanding timetable to occupy the site as it plans in 2017.

The NAO believes that HMRC must manage the risk that it locks itself into long term property deals which limit its flexibility to change its future business model. The NAO notes that HMRC is now implementing its third major change programme since the merger of the Inland Revenue and HM Customs and Excise in 2004. It has not negotiated any break points in the 25 year leases it has signed so far in Croydon and Bristol. HMRC aims to provide flexibility through a mix of lease terms across the estate, maintaining the ability to sub-let to other departments, and working with the Government Property Unit to provide for future flexibility in the design of cross-government hubs.

Among the NAO’s recommendations is that HMRC should improve its control of the costs of the new regional centres and demonstrate how in practice these centres will help its employees provide a better service to customers while increasing the efficiency and effectiveness of its compliance work.

An NAO spokesperson said: “HMRC has improved the handling of its current contract with Mapeley and achieved better outcomes, though significant risks remain. Looking ahead, HMRC has acknowledged its original plan for regional centres was unrealistic and is now re-considering the scope and timing of the programme. It should step back and consider whether this strategy still best supports its wider business transformation and will deliver the sustainable cost savings it set out to achieve in the long run.”

Picture: HMRC is being forced to revise its property plans

Tax Return deadline day has been and gone but who will be worrying about claiming excessive expenses? We've got the list of the most outrageous seen by HMRC. 2...

Tax Returns - What a Load of Old Pants

Following the deadline, HMRC has released its latest list of the most outlandish items which have been claimed as expenses. Flights for a Caribbean holiday was given...