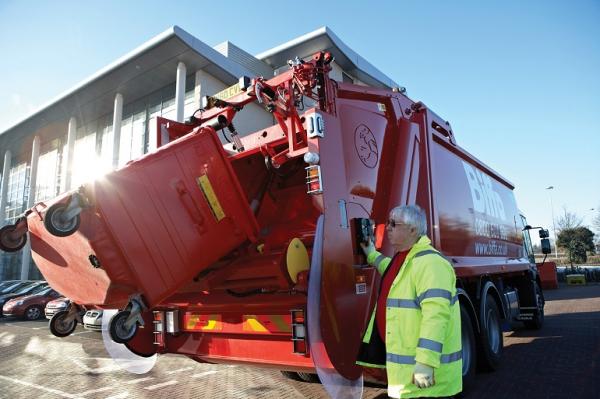 National waste management services provider Biffa will install CCTV in its waste collection vehicles to help prevent loss of life of those sleeping in wheelie bins.

The initiative is designed to help identify the people sheltering in waste containers so this information can be passed on to local homeless charities, enabling them to help find secure accommodation for individuals at risk.

Biffa’s teams already conduct what it states are ‘thorough checks’ on waste containers before emptying them and in 2014, 93 lives were saved due to these procedures. The CCTV cameras will further boost safety by identifying and assisting people who regularly sleep in bins. The company hopes to fit cameras to 140 of its 800 trucks by the end of the year.

“Falling asleep in a waste container can be very dangerous and we’ve found and assisted homeless people and late night revellers using bins for shelter across the UK, stated Tim Standring, Divisional Health, Safety, Environment and Quality Coach, Biffa. “All of our waste collection teams are trained to carry out checks for people sleeping in our containers before they are emptied and we are always considering new initiatives to help address this and boost safety.

Mr Standring went on to state that he was hopeful that the new cameras would go one step further in tackling the issue by identifying people who regularly sleep in bins, so that they could be helped by Biffa’s charity partners, the Chartered Institute of Waste Management and homelessness service, StreetLink. “While we cannot stop people getting into waste containers in the first place, we are fully committed to improving our safety procedures and taking the necessary steps and investment to save lives.”

Picture: Biffa will be installing CCTV cameras to try and help prevent loss of life and injury to homeless people using wheelie bins.

A County Down man is the first person in Northern Ireland to be sentenced for possessing guides on grooming and abusing children under UK legislation introduced under the...

Greenpeace activists have scaled the British Museum in protest at oil giant BP’s sponsorship of a new blockbuster exhibition - ‘Sunken...