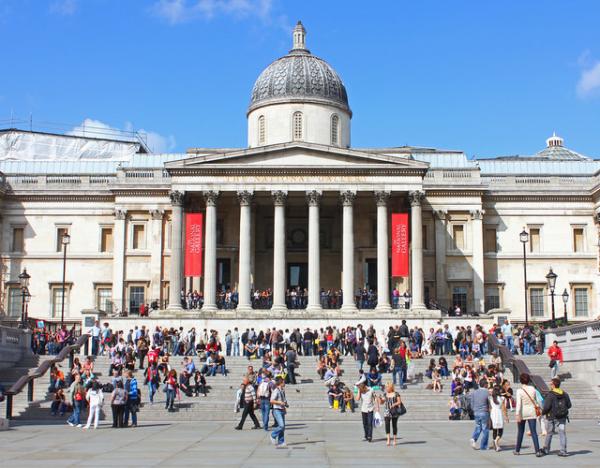 The threat of the temporary closure of the National Gallery, London next Tuesday for five days, has come from what appears to be a critical deterioration in relations between the management and the 250 workforce.

Workers voted nine to one in favour of taking action following the intention of management to hand all visitor services to a private company as well as to bring pressure for it to pay the Living Wage. The Public and Commercial Services Union (PCS) stated that ‘the private security firm, CIS, has already taken over the whole of the Sainsbury wing – which houses masterpieces by Raphael and Botticelli and – for the rest of this year without any competitive tender or consultation’.

"This reckless sell-off plan risks damaging the worldwide reputation of what is one of the UK's greatest cultural assets, and we are determined to stop it," warned Mark Serwotka, General Secretary, PCS. “Senior managers have also reneged on a promise to introduce the London living wage, meaning the institution is the only major museum or gallery in the capital that does not pay it.”

The strike, planned from Tuesday 3 to Saturday 7 February, may be averted if current talks with the conciliation service, ACAS, can bring about an agreement. The 6 million visitors that come to the National Gallery, ranks it just behind the British Museum in terms of visitor attractions in the UK.

Pictured: The National Gallery in London is set to have a five-day strike starting Tuesday, 3 February over plans to privatise its visitor services and ‘failure’ to pay the Living Wage.