Work That Pays - 2020 Target to Take One Million (of 5.2 Million) Workers Out of Low Wage Poverty 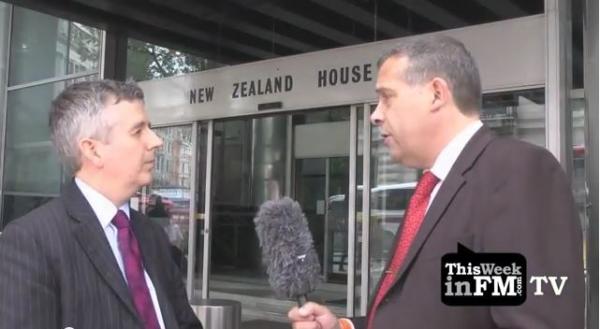 Guy Stallard is the UK Head of Facilities at KPMG. He played an instrumental role in KPMG becoming a Living Wage employer as long ago as 2006. He is a member of the Living Wage Foundation Policy Group and has developed the Foundation’s Service Provider recognition scheme. For the full interview - click here

The number of people in low pay in the UK can be slashed by over 1 million by 2020 with a series of pragmatic low-cost measures building on the economic recovery, according to the final report of the independent Living Wage Commission, chaired by the Archbishop of York, Dr John Sentamu.

The report follows the most comprehensive analysis to date of low pay, conducted over 12 months by leading figures from business, trades unions, academia and civil society. It concludes that:

The Commission warns that, if the government does not support the voluntary extension of coverage of the Living Wage, some working families will continue to rely on emergency measures, such as food banks and unsustainable debt, to get by. Currently 5.2 million people earn less than the Living Wage and the majority of people in poverty are now in working households.

However, the Commission has not recommended the introduction of a compulsory Living Wage, warning that the increased wage bill would not be affordable for some firms in some sectors, such as retail and hospitality and for many small firms.

According to the Commission, a Living Wage for the lowest-paid staff can lead to increased productivity, reduced staff turnover and improved morale.

The Archbishop of York, Dr John Sentamu, Chair of the Living Wage Commission, said: “Working, and still living in poverty, is a national scandal. For the first time, the majority of people in poverty in the UK are now in working households.

“The campaign for a Living Wage has been a beacon of hope for the millions of workers on low wages struggling to make ends meet. If the government now commits to making this hope a reality, we can take a major step towards ending the strain on all of our consciences. Low wages equals living in poverty.”

Dr Adam Marshall, Director of Policy and External Affairs at the British Chambers of Commerce, said: “The return to economic growth means that many employers are now looking again at increasing levels of pay for their employees after a tough period for business.

“Many thousands of companies already pay their employees a Living Wage, and many more have an aspiration to do so. As the recovery gathers pace, they should be supported and encouraged to make this happen without facing compulsion or regulation, which could lead to job losses and difficulties particularly for younger people entering the labour market.

“Some businesses simply cannot afford to pay a Living Wage just yet – which is why the Commission rejected a compulsory Living Wage. The task now is to support as many employers as possible to make this transition, because paying the Living Wage can benefit employers as well as their staff.”

Frances O’Grady, General Secretary of the TUC, said: “The economy might be growing again but workers – especially the lowest-paid – are struggling to get by as wages continue to lag behind the cost of living. Increasing the number of workers on the Living Wage would help ensure that ordinary people can start to share in the fruits of the economic recovery.

“But as it stands many families simply cannot make ends meet. They find it hard enough pulling together the money to pay for everyday essentials. Trying to come up with extra cash to cover the cost of expensive childcare when the schools are closed for the summer holidays or to replace a broken fridge either means getting by without or going further into debt.

“We now have the perfect opportunity to transform the lives of millions of people in low-paid households. The Living Wage allows families to afford the goods and services that those in better paid jobs take for granted. It means more jobs will pay enough to cover everyday essentials, and that surely is not too much to ask.”