Wuxi Job on the Right Tracks 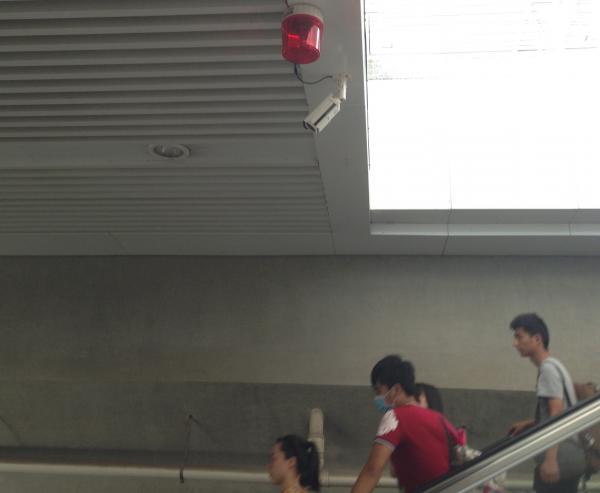 The recent installation of an integrated video surveillance system by VCA at Wuxi East Railway Station in China has been heralded as how video analytics can encompass security and people monitoring.

The Wuxi East Railway Station in Eastern China is served by the 1,318km-long Beijing–Shanghai high speed railway which is the busiest line in China and the world’s longest high-speed line ever constructed in a single phase.

More than 90 trains daily complete the journey, while there is the capacity for 220,000 passengers to travel on the railway each day.

The safety of staff and passengers was considered to be of the highest priorities and a decision was made by the station’s senior management to invest in an integrated system that could take advantage of the latest advances in video surveillance and alarm technology.

A key requirement of the system was the ability to detect and create alerts should a member of the public attempt to enter a restricted area of the station or climb down on to the rail tracks. Despite the obvious danger of being struck by a train entering or leaving the station, there had been several situations where people had crossed the tracks since the high speed line was officially opened in 2011.

In addition to security and safety requirements, it was also specified that the integrated system must be able to supply statistical data on the numbers and flow of passengers that enter the station.

VCA Technology in Wuxi won the contract to install the integrated system which utilises high definition IP network cameras with VCA analytics onboard. The power and flexibility of the VCA analytics engine has been able to perform both security and people counting functions, using a single set of ‘rules’ that reflects the operational requirements of the station.

VCA analytics is also able to detect people who trespass into restricted areas. When these situations occur, the analytics has been configured to send SMS and e-mail alerts to security personnel and station platform staff as well as trigger audio warning messages over the station’s PA communication system.

If required, the analytics can also be used to carry out post event analysis of images captured by the station’s cameras, which are recorded on to Network Video Recorders (NVRs). The analytics enables security personnel to rapidly retrieve relevant images of any incidents with the help of user defined search criteria, instead of having to waste time reviewing what could be hundreds of hours of irrelevant video footage.

VCA analytics is also being used in support of thermal imaging cameras which can be used to detect people who get too close to the rail tracks if the weather conditions, e.g. fog prevents conventional video surveillance cameras from capturing clear images of any activity.

The analytics is also providing senior management with valuable business intelligence on how many people use the station at various times of the day and which areas are the busiest or become congested. The information can be presented in customisable reports that provide comparisons with previously collected data.

“There are so many elements of an integrated system that need to perform well in order to meet the demanding requirements of an important project such as this,” explained said Bin Chen, VCA Technology’s Wuxi office. “It has been a major advantage that we have been able to single source the analytics required for security and people counting purposes.”

Picture: The safety of staff and passengers has been behind the decision to invest in a VCA integrated system at Wuxi East Railway Station in China