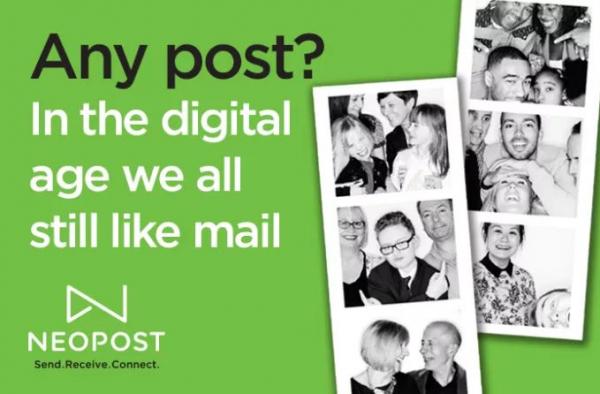 In the digital age we all still like mail. That's the message coming through loud and clear from a study. For everyone, regardless of age or circumstance, mail is still a relevant form of communication. At no life stage is mail completely rejected or ignored, even among the younger, so-called ‘digital native’ generation who connect most readily with technology.

'Consumers in all life stages read, share, store, follow-up and respond to mail and there are no groups that cannot be reached or influenced by mail,' says a Royal Mail MarketReach project. ‘Fledglings’, not surprisingly will tend to use digital channels to take action as a result of a piece of mail, therefore it’s important for mail targeting this life stage group to include a digital response mechanism. However, it would be inaccurate to think that mail is viewed as irrelevant or rejected by this tech-savvy group.

In fact, the report suggests that ‘fledglings’ have a generally positive attitude towards mail but are just less used to receiving it and are therefore somewhat inexperienced in dealing with it. Mail that connects with this group – and provides a digital call-to-action – can be successful.

Young families also turn to digital channels to take action on the back of received mail because if they’re very stretched for time, it’s a quick and convenient way for them to convert intention into action. They use smartphones to respond to mail more than any other group -14 per cent had responded to direct mail online on a mobile or tablet while over 20 per cent had used a PC or laptop. By contrast, only six per cent responded by post and seven per cent by phone.

This group are the online information requesters. Sixteen per cent took to their PCs, smart phones or tablets to ask for more information as a result of a piece of mail, which is higher than the average across the groups.

Older families also turn to technology to take action from mail with 30 per cent responding online using their PC or laptop. These figures decline among the ‘empty nesters’ for whom the children have left home. For this group, print is popular – 64 per cent agreed they’d feel ‘less in control of their lives if they didn’t have printed copies of important documents.’

Perhaps not surprisingly, older retirees have the biggest differential between requesting information by phone as opposed to by online as a result of a piece of mail – 17.5 per cent reached for the phone while only eight per cent went for the mouse.

Picture: people still like good, old fashioned post but are likely to respond to it via digital channels