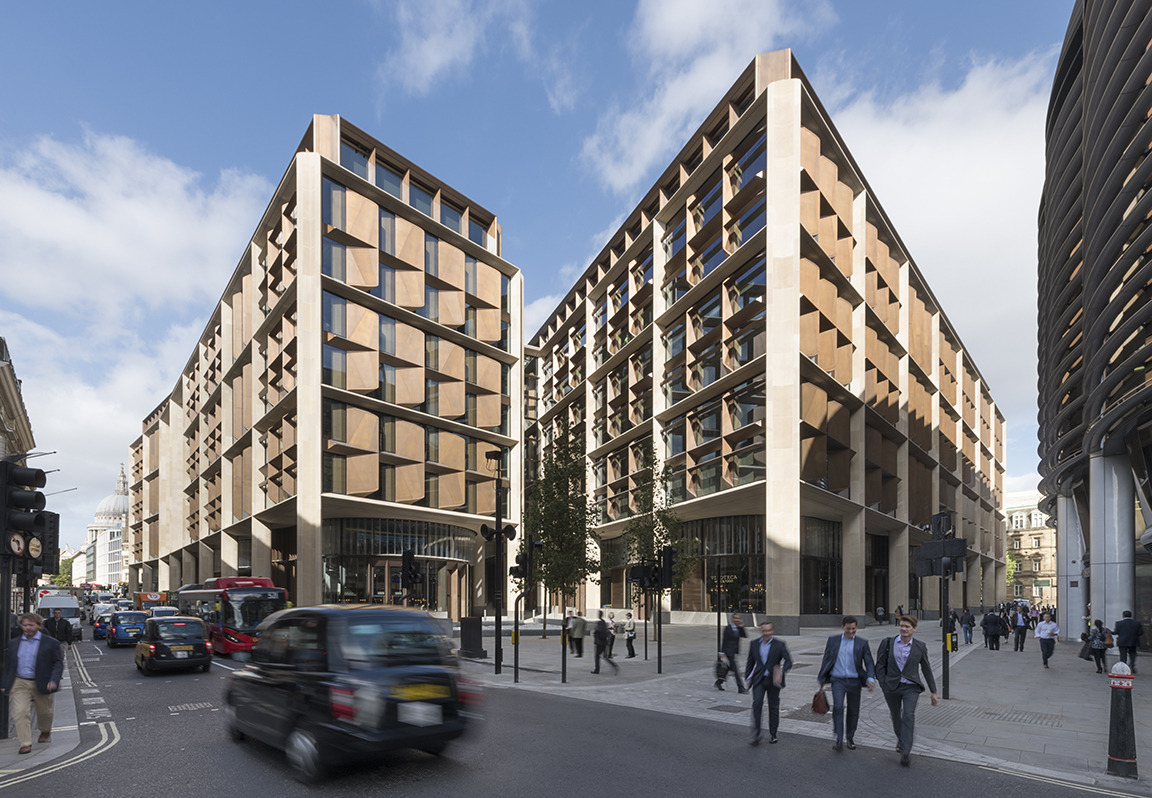 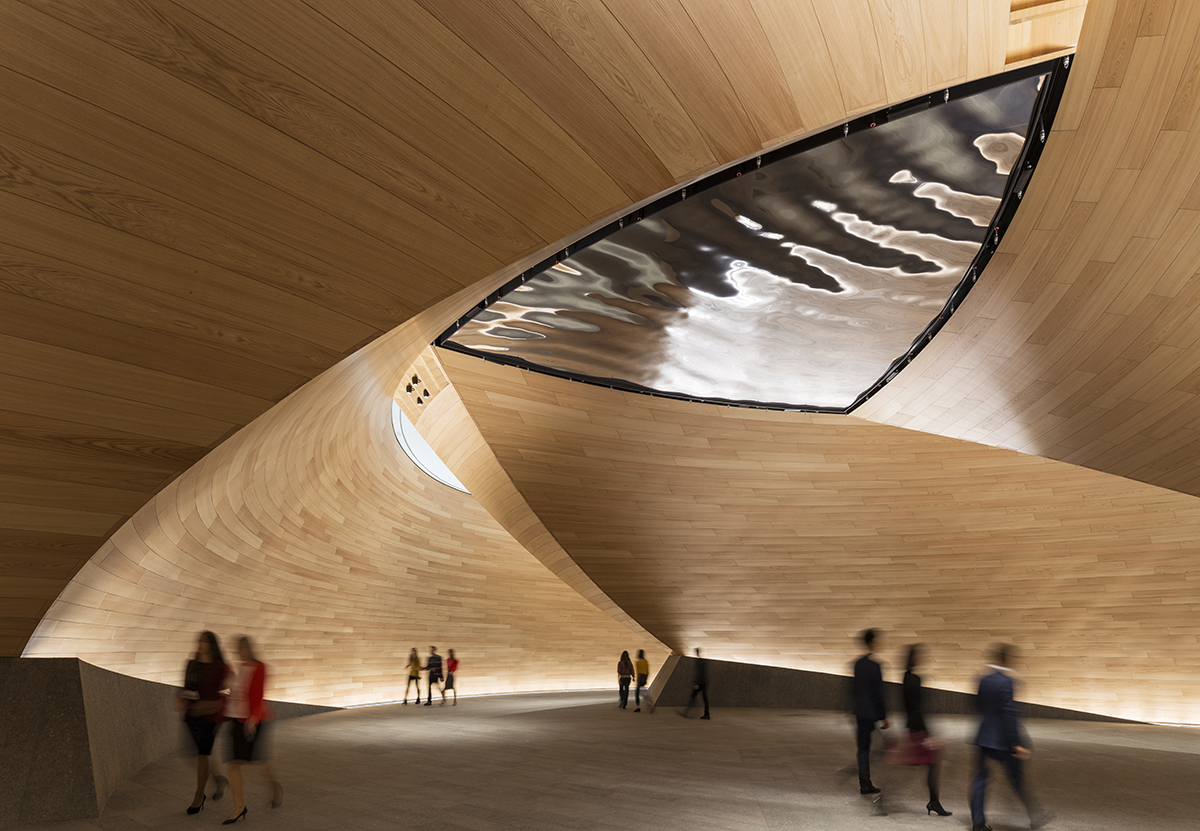 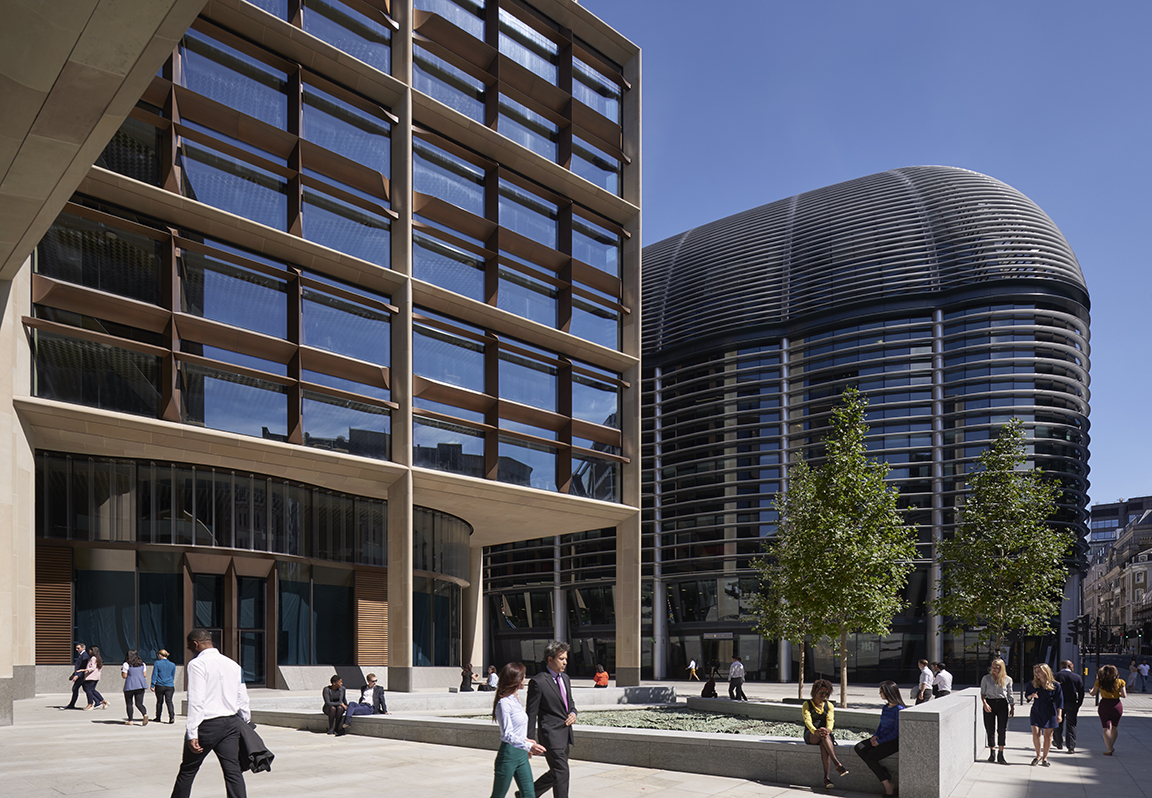 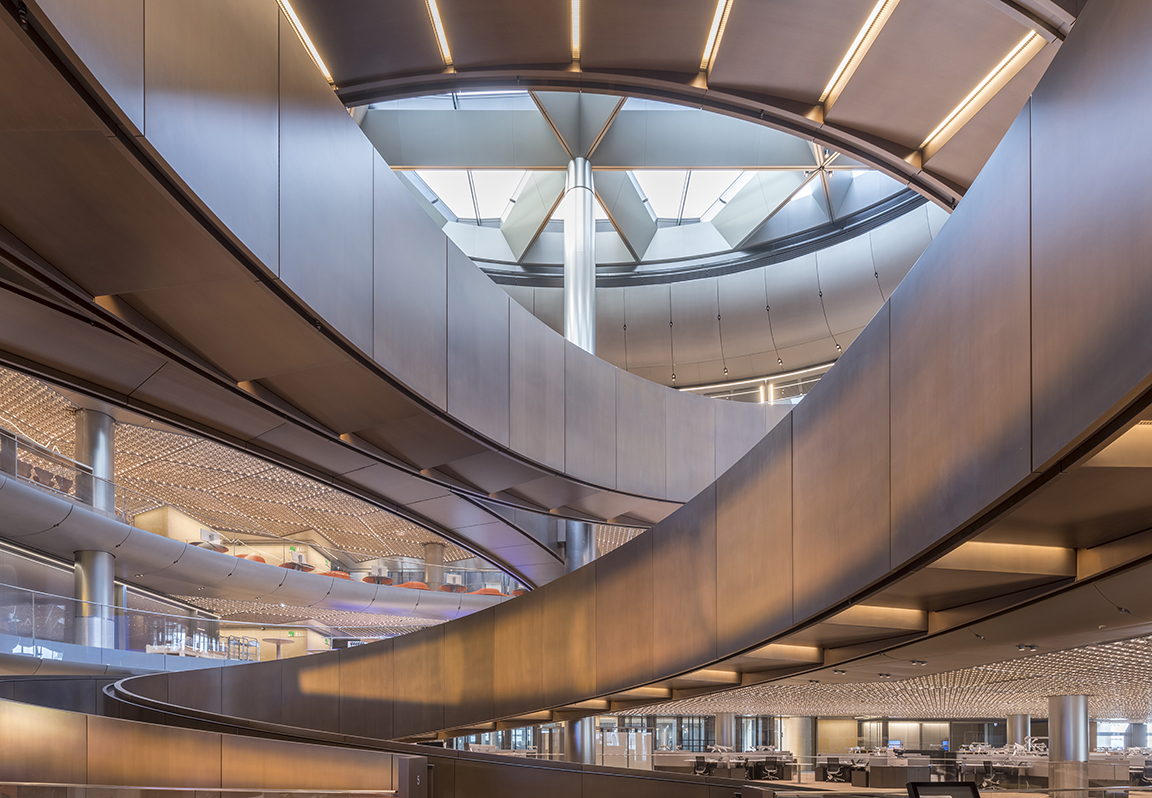 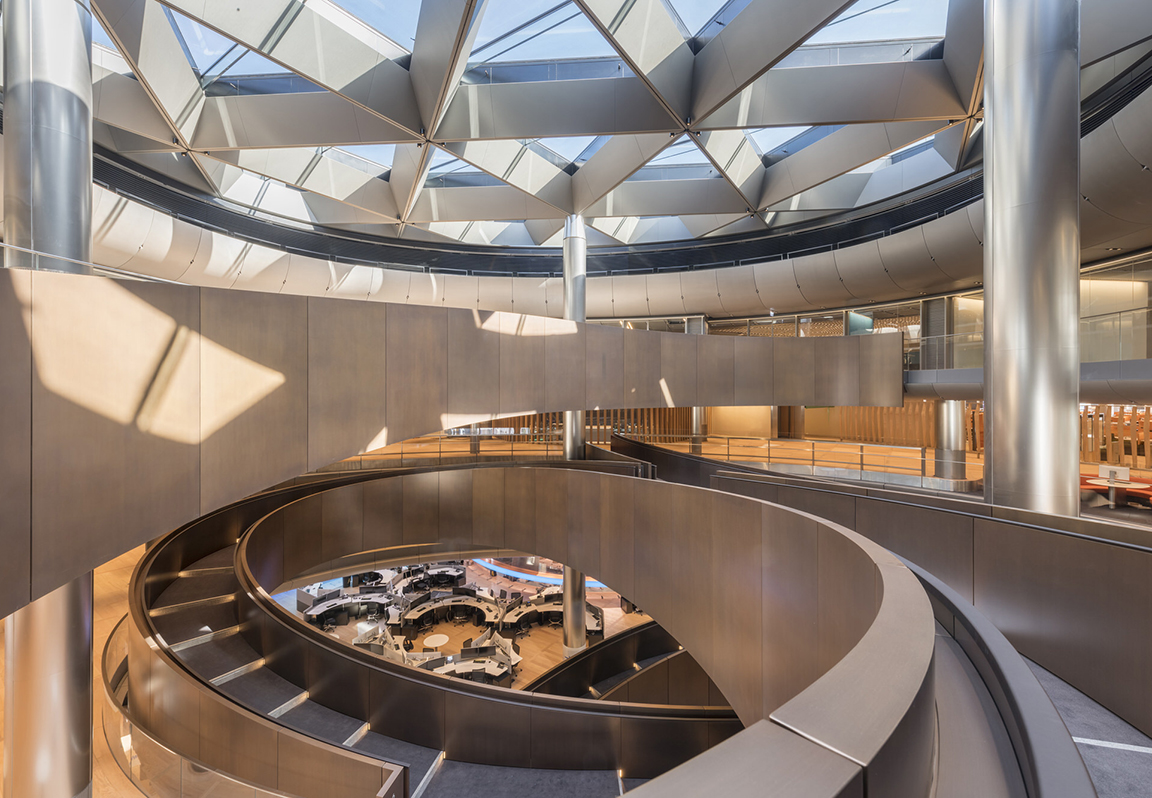 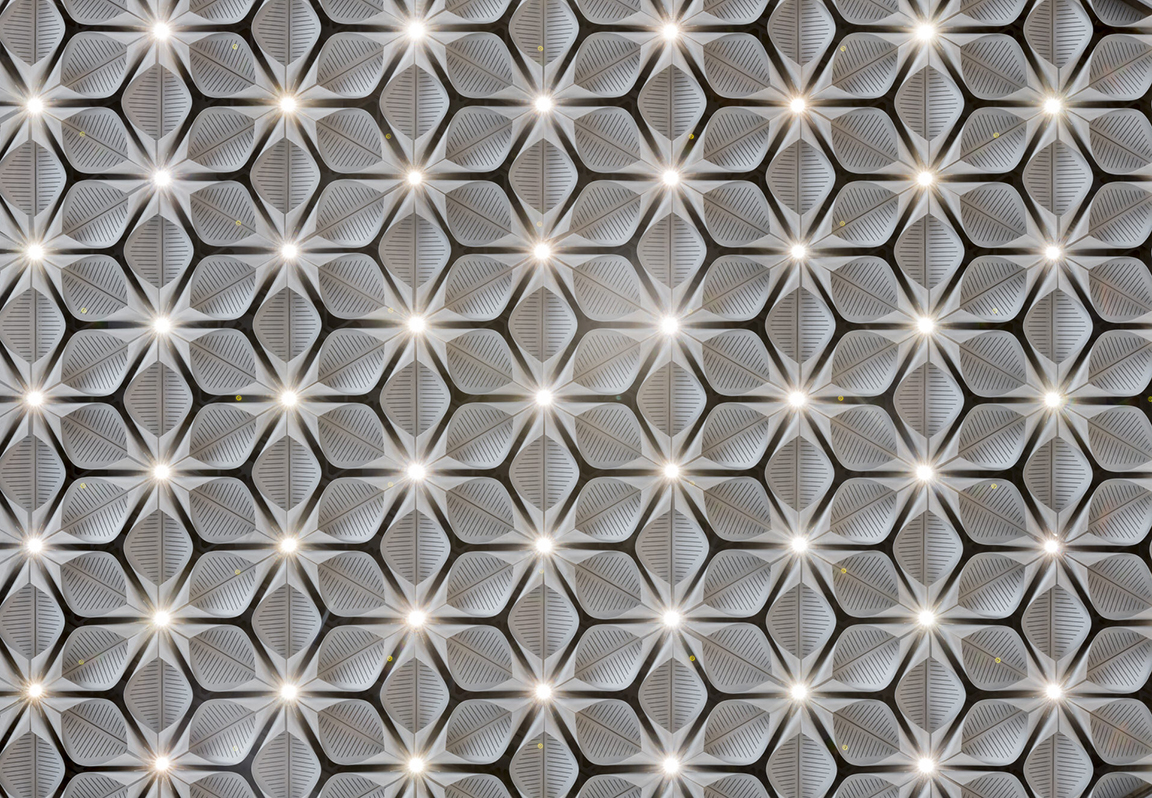 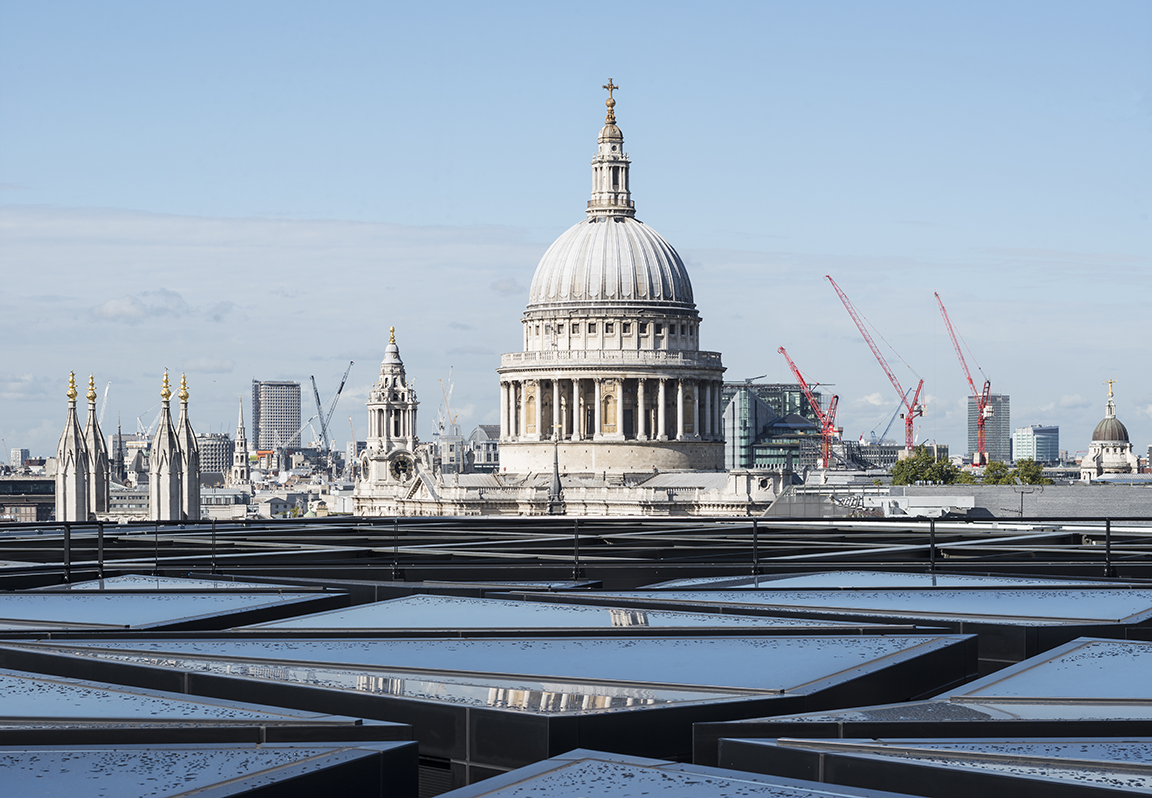 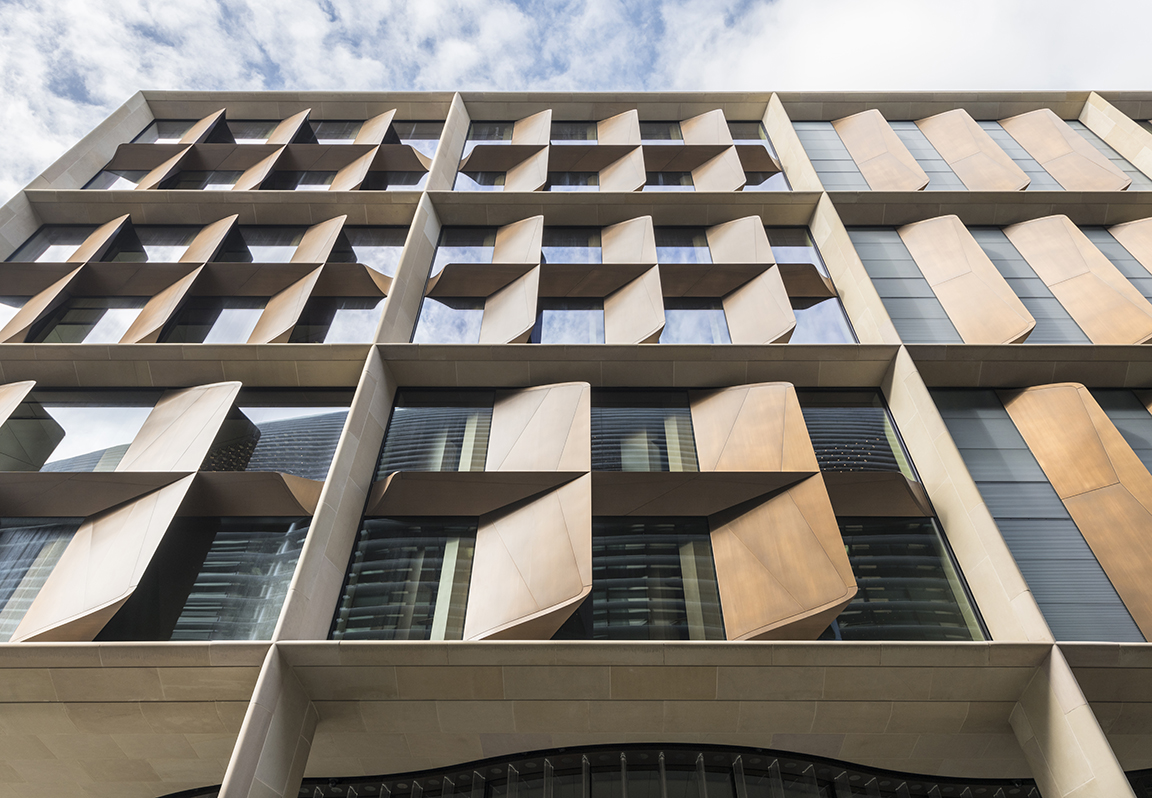 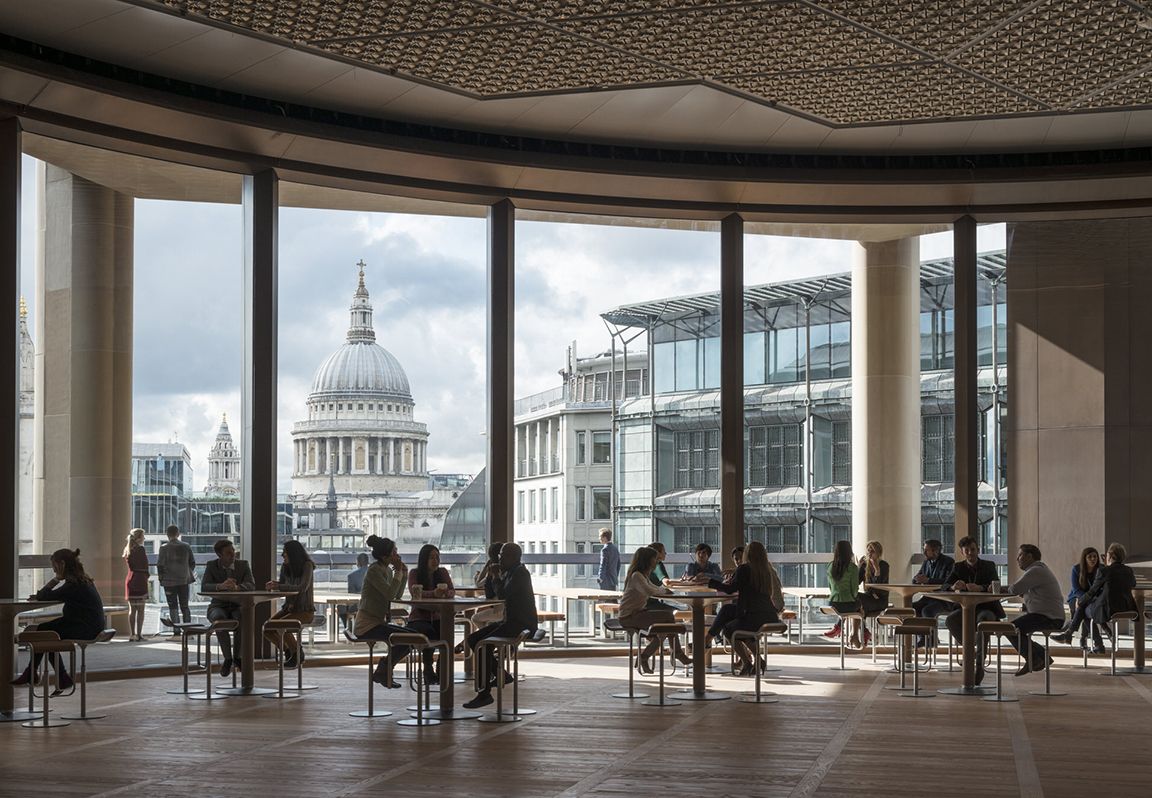 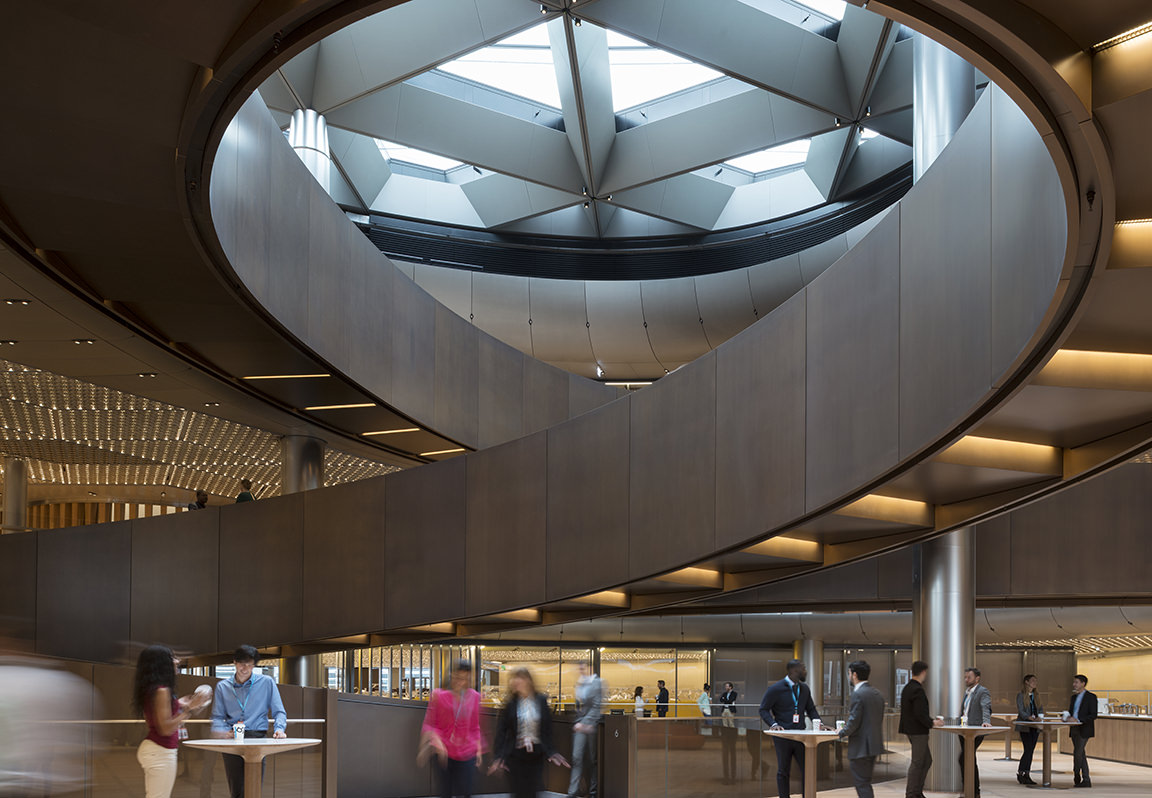 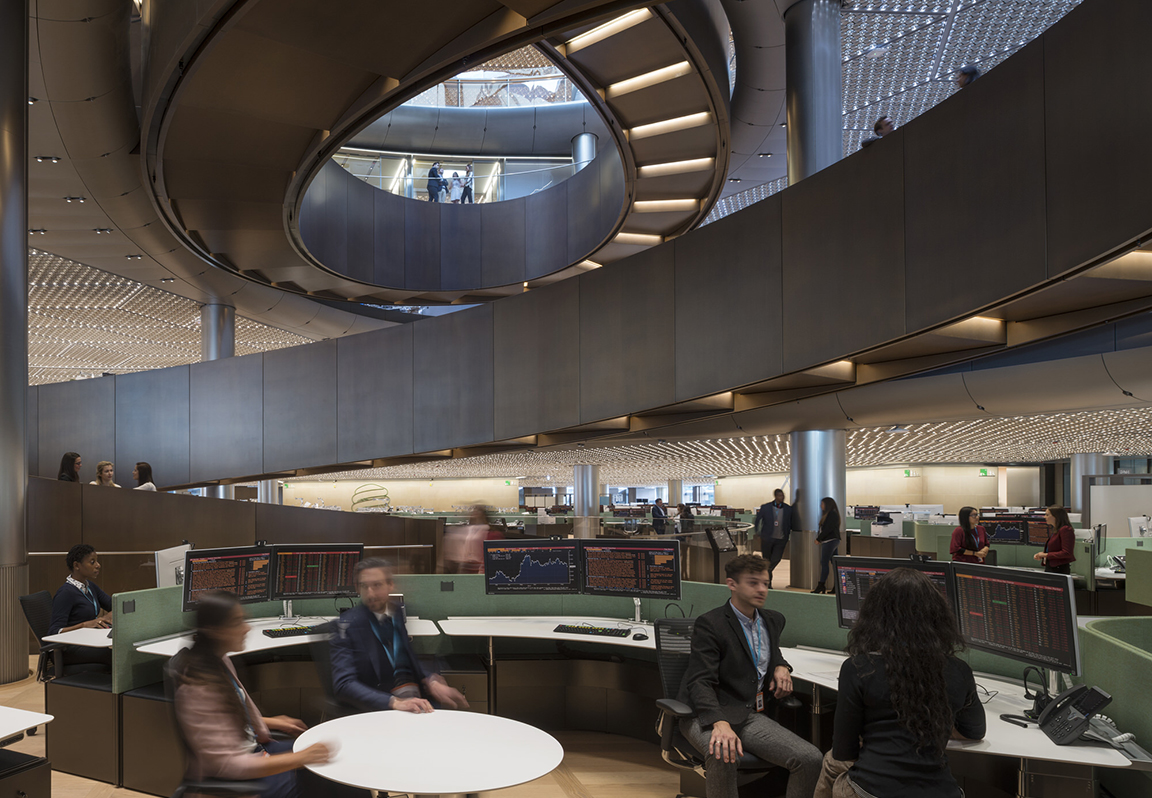 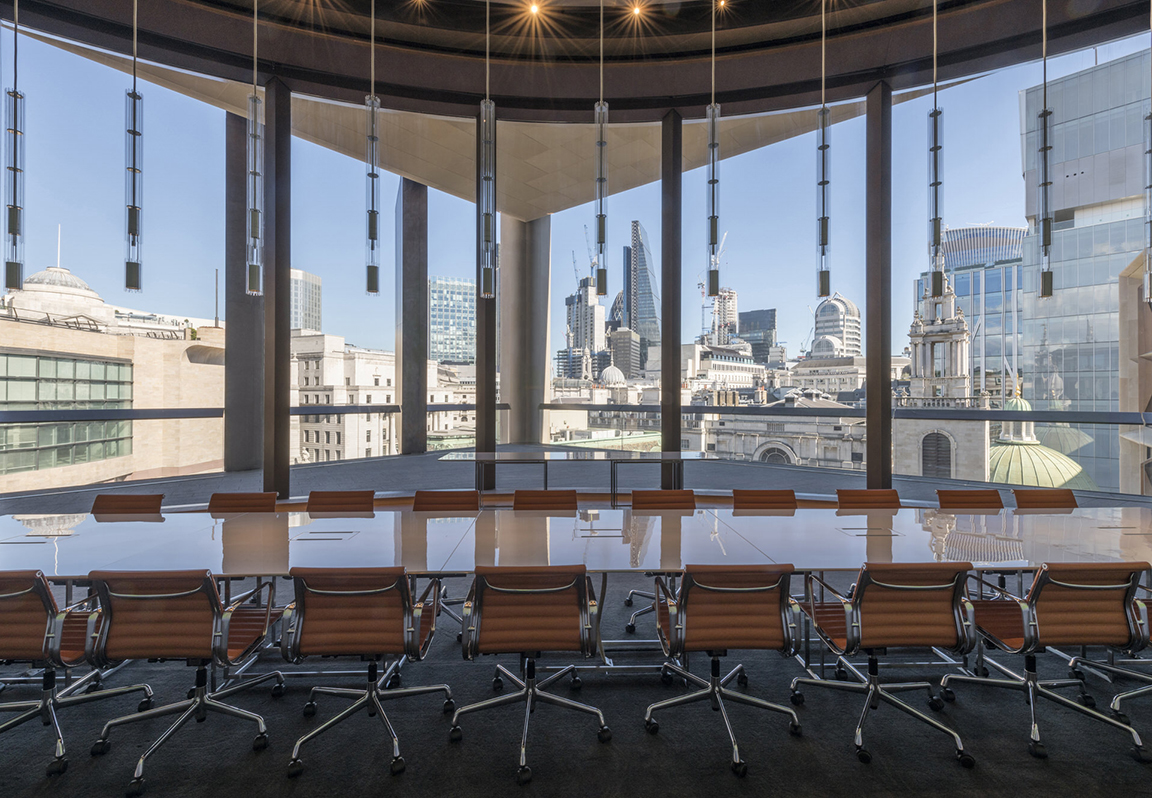 Bloomberg’s stunning London Headquarters won ‘Best of the Best’ at the British Council for Offices’ National Awards. We've got a fabulous picture profile of the winner and all the other award winners too.

Bloomberg actually took home both the ‘Best of the Best’ and the ‘Corporate Workplace’ awards at a 1,200 guest dinner on Tuesday October 2 evening.

The awards dinner attracted key players from the office sector to celebrate the best-in-class talent. Winners from the 2018 Regional Awards programme attended the event at London’s Grosvenor House, hoping to take home the National Award for their category.

Bloomberg, located in the heart of the City of London, consolidates the company’s workforce of 4,000 into a new European headquarters for the first time. The BCO judging panel described it as one of the most significant office developments in recent times, and an ‘exceptional’ workplace for its occupants. They agreed that Bloomberg is an exemplar of sustainability and wellbeing having achieved the highest BREEAM score of any building to date. The judges also were impressed by the building’s striking central spiral ramp, designed to promote collaboration and communication among its staff.

Number One Kirkstall Forge is the first commercial building within Kirkstall Forge, the regeneration of one of the UK’s oldest continually industrialised sites, which will ultimately be transformed into a mixed-used community with a potential for up to 1,000 homes and a total of 300,000sq.ft of office space and supporting amenities. The judges praised Number One Kirkstall Forge for delivering a 'truly unique' workplace environment, which subtly reinterprets the site’s wooded riverside setting whilst setting a high standard of contemporary workplace design.

Here East provides London with a massive (1.2 million sq.ft) new tech campus of office space for a wide range of tenants and start-up companies. The judges noted the clever architectural interventions, which have transformed the building from a two-storey shed with blank, solid facades to an office with a 'dazzling' patterned exterior. The panel describe Here East as a benchmark for tech hubs around the world, as well as a major contributor to the ongoing regeneration of its locale.

The 39,285sq.m White Collar Factory, located on Old Street’s Silicon Roundabout, was lauded by the judges for its ingenuity, creativity and boldness. Notable features of this workplace include a landscaped roof terrace and an elevated running track, both of which have proved popular with tenants. The judging panel commented that the standard set by White Collar factory goes far beyond those of a usual commercial office development and, in their view, will continue to set a high benchmark in innovation for many years to come.

Registers of Scotland – SVP Platform was designed and delivered as a new smart working environment to support the organisation’s digital transformation programme, relocating staff from their previous Glasgow and Edinburgh offices. The BCO judging panel described the project as a great example of the public sector leading the way in the delivery of offices. They praised those involved in the project for their seamless and enthusiastic collaboration, which has ultimately lead to the delivery of an excellent working environment for the Registers of Scotland workforce.

Albert Works, is a recently completed workplace converted from disused and previously dilapidated, traditional red-brick industrial warehouses. It is the first phase of a larger £10 million Alsop’s Field regeneration project in the heart of Sheffield’s Cultural Industry Quarter conservation area. The BCO judges praised the sensitivity and quality of both the restoration of the brick warehouse and the seamless integration of the newer intervention, describing the main external façade as boldly different, yet delicate and sympathetic to the building’s historic industrial context.

Nigel Clark, Chair of the BCO National Judging Panel, commented: “Each year, the buildings considered by the BCO Awards judging panel are of an incredibly high standard, representing the very best of the UK office sector. This year’s entrants are no exception, including developments within high profile regeneration projects, prominent new headquarters and innovative refurbishments. The ‘Best of the Best’ winner, Bloomberg, goes beyond best practice – it has delivered something truly exceptional in the heart of London and has reset the benchmark for corporate headquarter buildings.

Richard Kauntze, Chief Executive of the BCO, added: “This year’s BCO National Awards nominees have variously displayed considered placemaking, innovative design and a commitment to sustainability and wellbeing. The common factors between them all and for the winners in particular, were the sheer quality of the workplaces, along with the commitment and ambition of all parties involved in the development. Congratulations to all nominees, our highly commended entrants and, of course, the award winners themselves.”

Enter for next year now

The BCO’s Awards programme recognises top quality office design and functionality, setting the standard for excellence across the office sector in the UK. Entries for 2019’s BCO Regional and National Awards programme opened on October 3 2018.