The winners of the 2022 Building Controls Industry Association awards have been announced.

The Building Controls Industry Association (BCIA) has announced Graeme Rees as its new President. Graeme takes over from Terry Sharp who has held the role for the past two years, while Paul Wetherfield will take Graeme’s place as Vice-President.

The BCIA is launching its Young Engineers Network to give the industry’s young engineers a forum for networking and support.

They want to hear from you if you are aged 35 or under and the company you work for is a BCIA member.

The BCIA Young Engineers Network is being launched to provide a support network and help young people progress in the building controls industry. Individuals, work teams and employers will all benefit from the improved engagement, motivation and ownership of this initiative which aims to:

The inaugural event will take place in London on Thursday 07 April from 14.00 – 20.00 and will include a tour of a prestigious engineering project followed by a chance to network, exchange ideas and have a bit of fun at Swingers Crazy Golf.

Going forward the BCIA anticipates that the Young Engineers Network will meet on a quarterly basis and will be expanded to accommodate those living and working in other areas of the country.

They want to hear from you if you would like to join the BCIA Young Engineers Network so please register your interest for the launch event here.

If you can’t attend the launch event or you would prefer to attend an event closer to where you live, please fill in the short survey here and they will be in touch.

Invest in your future and meet demand

With energy prices on the rise, utilising effective building controls remains at the heart of energy-efficient buildings. This is a growing priority for many business owners and thus creates further demand for highly skilled engineers and managers to provide optimum solutions to ensure environmentally-friendly workplaces.

There has never been a better time to build an exciting and dynamic career path within the building controls industry. In a fiercely competitive sector, it is vital to move with the times and not get left behind. One of the best ways to achieve this is by being adaptable, upskilling and putting yourself into the driving seat to work across new markets.

The Building Controls Industry Association (BCIA) can help you fulfil those aspirations via its full suite of training courses which are tailored to those wishing to upskill or begin their journey as a Building Controls Engineer.

Young voices at COP26 are an inspiration for engineers of tomorrow, says BCIA

The UN Climate Change Conference (COP26) that took place in Glasgow at the start of November demonstrated the passion and determination of the younger generation to make a real difference in ensuring the future health of the planet, according to the Building Controls Industry Association (BCIA).

The winners of the 2021 Building Controls Industry Association (BCIA) Awards have been announced at an exclusive ceremony and gala dinner, which returned to the Hilton Birmingham Metropole on 9th September after taking place virtually in 2020.

Comedian Lucy Porter, who proved a popular host at the 2018 awards, returned to the BCIA stage as the building controls industry came together to celebrate its finest products, projects and people.

First to collect their award were ABEC who were named BEMS Installer of the Year. The Engineer of the Year Award was given to Steven Nuttal of Aimteq Solutions, with Lewis Williams of Detail Design Engineering named as the winner in the Young Engineer category.

Ecopilot (UK) & E.ON Control Solutions won the Energy Management Award for their work with Aberdeen Standard Investments at One Trinity Gardens in Newcastle, while Global Associates took the prize for Best Service and Maintenance Provider.

Technical Innovation of the Year went to Angel Guard in the Product category for their AI Clinical Washbasin, and BGES Group’s work on a major renewable retrofit at the Oxfordshire Golf Course won in the Project category.

InTandem Systems took the Contribution to Training Award, and the impressive work by Carbon Numbers on the Blizard Building for the London School of Medicine and Dentistry scooped the Smart Buildings Award.

The final award of the night, for Outstanding Contribution of the Year, was presented to Jon Belfield of InTandem Systems. Jon, Immediate Past President of the BCIA, has dedicated a significant amount of time, effort and enthusiasm to new initiatives which have benefited the whole industry.

BCIA President Terry Sharp was delighted that the event could go ahead, saying: “It was fantastic to have the industry’s finest all together again and you could really feel the excitement on the night. The fact that the building controls industry has continued to thrive during a very difficult period just demonstrates the important role it plays in the modern world and I am so glad that the finalists and winners could celebrate their achievements.”

On Jon Belfield’s award, Terry added: “I am very proud to call Jon a friend and I am personally delighted for him. If he retired tomorrow he would leave a lasting legacy of someone who evoked positive change in the building controls industry.”

Then and Now: two engineers of different generations share their experiences since the BCIA’s formation 30 years ago

As part of its 30th anniversary celebrations, the Building Controls Industry Association (BCIA) has interviewed two of its members who are both at different stages of their career.

Roger Woodward is a founder member of the Building Controls Group (BCG), which later became the BCIA and has held roles at Johnson Controls and Tridium during a career spanning more than 40 years. He currently works as an Independent Strategy Consultant and was awarded the BCIA’s Outstanding Contribution of the Year award in 2012. George Belfield won the BCIA award for Young Engineer of the Year in 2017 and is currently a Building Controls Engineer for InTandem Systems.

The full interview can be read here.

The BCIA is a single voice, representing a growing and dynamic building controls and BEMS sector in the UK.

The overall aim of the BCIA is to promote better understanding, application and use of building controls. In order to achieve this the BCIA works with organisations and institutions such as BESA, ECA, CIBSE, BIFM, FETA and others to share knowledge and improve the performance of building automation. The Association is also committed to promote higher standards among membership through discounts on the BCIA’s suite of training courses and through the development of the approved BEMS Trailblazer Apprenticeship Standard for our sector. 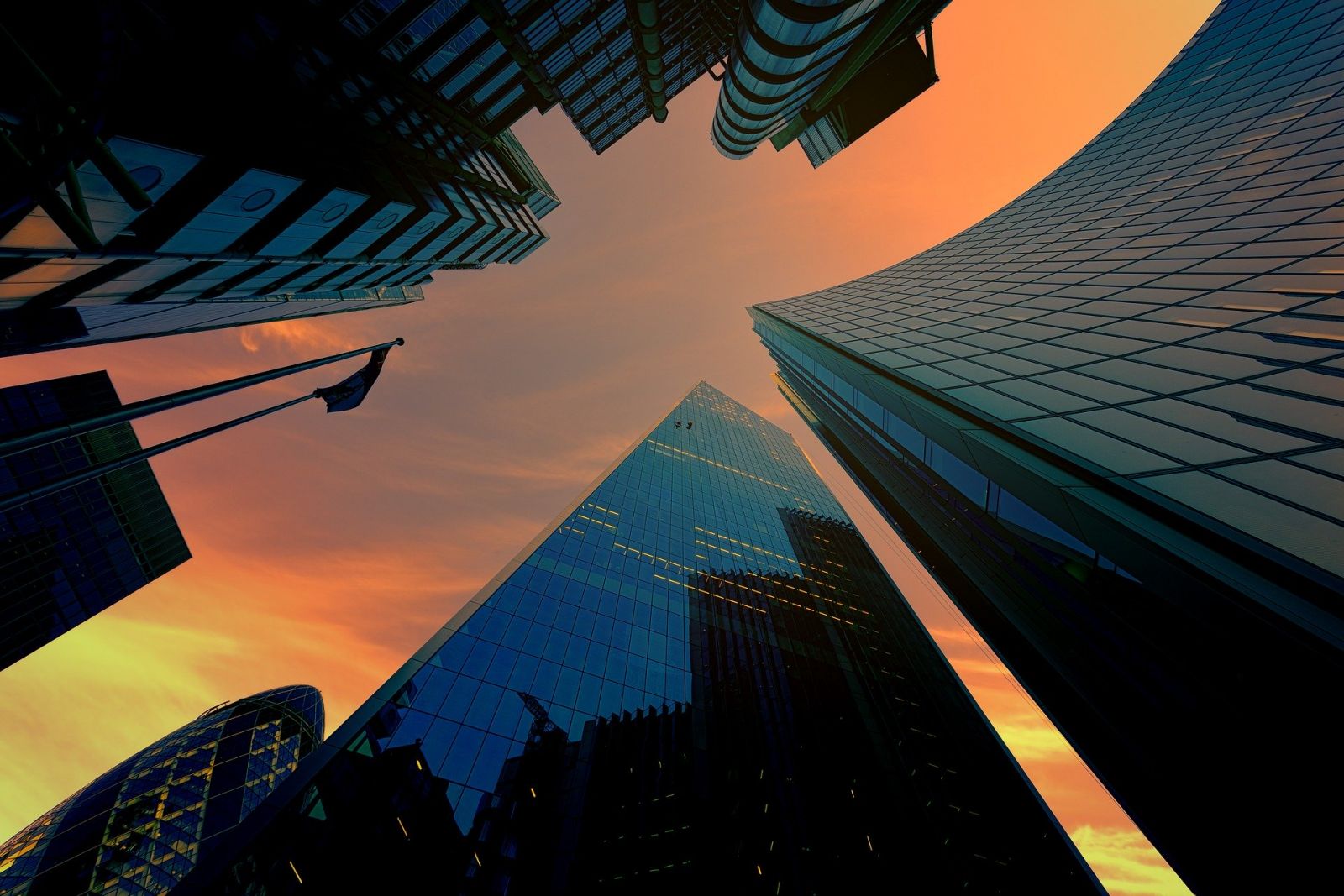 The BCIA also seeks to influence legislation such as Part L of the Building Regulations to ensure that the crucial role that controls play in energy efficient buildings is recognised at all levels; and increase market awareness among specifiers and end-users about the importance of good specification, design, installation and post-occupancy support.

The BCIA is run by its members under strong governance and appointment to the Management Committee is by election only. Members are encouraged to participate in the Marketing, Technical and Skills Working Groups which enable the BCIA to tackle particular issues and projects in a focused way. These groups are well supported and critical in delivering the strategy for change.

The overall aim of the BCIA its to promote better understanding, application and use of building controls. In order to achieve this the BCIA works with other organisations and institutions such as BESA, ECA, CIBSE, BIFM, FETA and others to promote the interests of our members. The Association is also committed to promote higher standards among membership through discounts on the BCIA’s suite of six training courses and through the development of the Apprenticeship Standard for our sector.

The BCIA also aims to influence legislation such as Part L of the Building Regulations to ensure that the crucial role that controls play in energy efficient buildings is recognised at all levels; and increase market awareness among specifiers and end-users about the importance of good specification, design and installation.

The BCIA was formed in 2004, from a merger of two earlier long-standing groups. The Association is now part of the Federation of Environmental Trade Associations (FETA) so that it has access to lobbying at European level, and the ability to discuss key issues with other parts of the construction sector.

The BCIA is run by its members, for its members and appointment to the Management Committee is by election. Members are however encouraged to participate in the Marketing, Technical and Skills Working Groups which enable the BCIA to tackle particular issues and projects in a focused way. 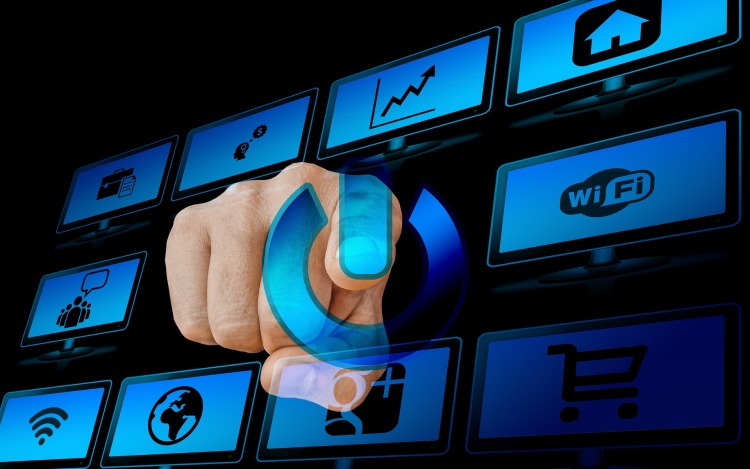