A New Chapter Begins - IFMA In The UK 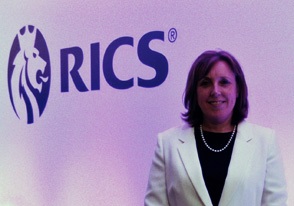 IFMA - the International Facilities Management Association - has approved a petition for a new chapter in the United Kingdom.

The new chapter will offer facility management professionals direct localised support that taps into the global industry 'in ways not currently available in the UK market', claims the Association.

The formation of the chapter, which joins 136 IFMA chapters across more than 100 countries, comes at a time when IFMA, through its collaboration with the Royal Institution of Chartered Surveyors (RICS), is driving consistent practice standards via the International Organization for Standardization and working to more tightly integrate FM with the larger built environment industry.

Petitioners included senior FM leaders and Fellows of both IFMA and RICS from around the country. A statement on their behalf reads: 'It is strategically important that IFMA be a leader in the FM conversation in the UK. A vital aspect of this is to utilise people in the field who work daily in this industry. The chapter will provide a voice and a mechanism to pool and channel that talent, especially at a senior level. The chapter will also act as a community for people to grow their career and gain skills and knowledge though resources IFMA provides'.

Kath Fontana FRICS, who has been recently elected to the role of Senior Vice President of the Royal Institution of Chartered Surveyors, said: “The RICS-IFMA alliance is strategically important for the advancement of the global facility management profession and for the development of a more sustainable and people focussed built environment.”

The chapter’s mission statement is: 'To enhance, evolve and expand the knowledge of facility managers with a focus on the United Kingdom, while also providing pathways to career success for professionals within the industry'.

To this end, IFMA members and RICS FM professionals in the UK benefit from a full suite of globally recognised credentials and qualifications from entry through to senior executive levels. These include IFMA’s Facility Management Professional (FMP) and Sustainability Facility Professional (SFP) certificate programmess and Certified Facility Manager (CFM) certification, as well as chartered qualifications in FM offering professional, regulated status (AssocRICS, MRICS and FRICS).

More than 14,000 professionals worldwide have already attained these designations.

In addition, chapter members gain access to networking, research, and FM content drawing on FM best practices from Europe, the Middle East, Asia and the Americas.

A board of directors has been appointed from among the IFMA membership and a UK chapter programme is currently in development.