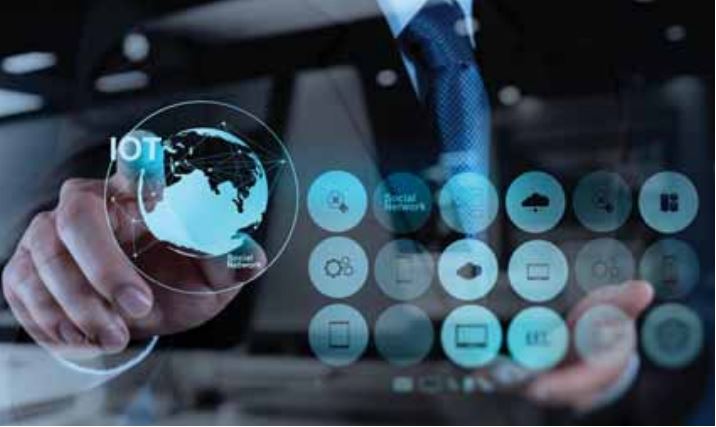 Over half of the respondents to a survey have said they believe an attack on critical national infrastructure is imminent.

Most respondents also think the convergence between physical and cyber environments is leaving businesses exposed.

59 per cent of respondents to the latest social media poll conducted by the organisers of the information security event - Infosecurity Europe 2019 - believe that an attack on the UK’s critical national infrastructure is likely this year. As more devices, systems and infrastructure are connected to the internet, the cyber and physical worlds are becoming increasingly linked, opening up new attack vectors.

According to Ciaran Martin, head of the UK's National Cyber Security Centre (NCSC), a major category one (C1) attack on our critical infrastructure – one that disrupts essential services or affects national security – is a matter of 'when, not if'.

The responses to Infosecurity Europe’s poll also indicate that organisations in all sectors are not properly prepared to manage security effectively across both cyber and physical environments. Lack of collaboration and low levels of awareness of key legislation are the biggest problems.

Over two thirds (68%) of respondents say the security teams in charge of their physical and cyber infrastructures never collaborate. This disconnect leads to misaligned plans and conflicting priorities, while creating silos that make it difficult for chief information security officers to gain full visibility of controls and risks across both IT and OT (Operational Technology) environments.

From the horse's mouth

“Defending critical assets is a team sport,” Nigel Stanley, Chief Technology Officer and global head of OT cybersecurity at TÜV Rheinland told ThisWeekinFM. “IT, physical and OT teams need to get their act together and start to share and learn from each other.”

According to Fielder, it’s the insider threat that needs most urgent attention. “Those intent on accessing money, information or IP will often find it easier to do so from the inside – and we’re moving to a world where this can mean immediate impact to life. Hacking a building’s management systems, for example, could suppress a fire alarm or sprinkler system or prevent people leaving.”

Only 16 per cent of respondents to the Infosecurity Europe poll were aware of the EU’s NIS Directive (issued in the UK by the National Cyber Security Centre) – which is designed to improve the security and resilience of network and information systems. The legislation, which was put in place in 2016, sets out security requirements that apply to all operators of essential services and digital service providers (DSPs). Failure to adhere to these could leave security gaps that present attackers with ‘open doors’ through which they can access infrastructure and physical assets. UK organisations found to be non-compliant can be fined up to £17 million.

To familiarise yourself with the NIS Directive - Click Here

Victoria Windsor, Group Content Manager at Infosecurity Group, said: “The security challenges resulting from the convergence of physical and cyber environments will take centre stage at Infosecurity Europe 2019. Operational systems in every industry are being connected to corporate and cloud environments and the safe ‘air gap’ between IT and OT no longer exists. Cyber risk is now impacting the physical realm, and organisations must have effective management strategies in place."

The event will have over 400 exhibitors and 200 industry speakers are lined up to take part in the free-to-attend conference, seminar and workshop programme.

How Smart Buildings Can Make Environments Safer for Elderly People

How can new smart technology improve the lives of our elderly population? Huge advancements in technology in recent times have provided unprecedented development...