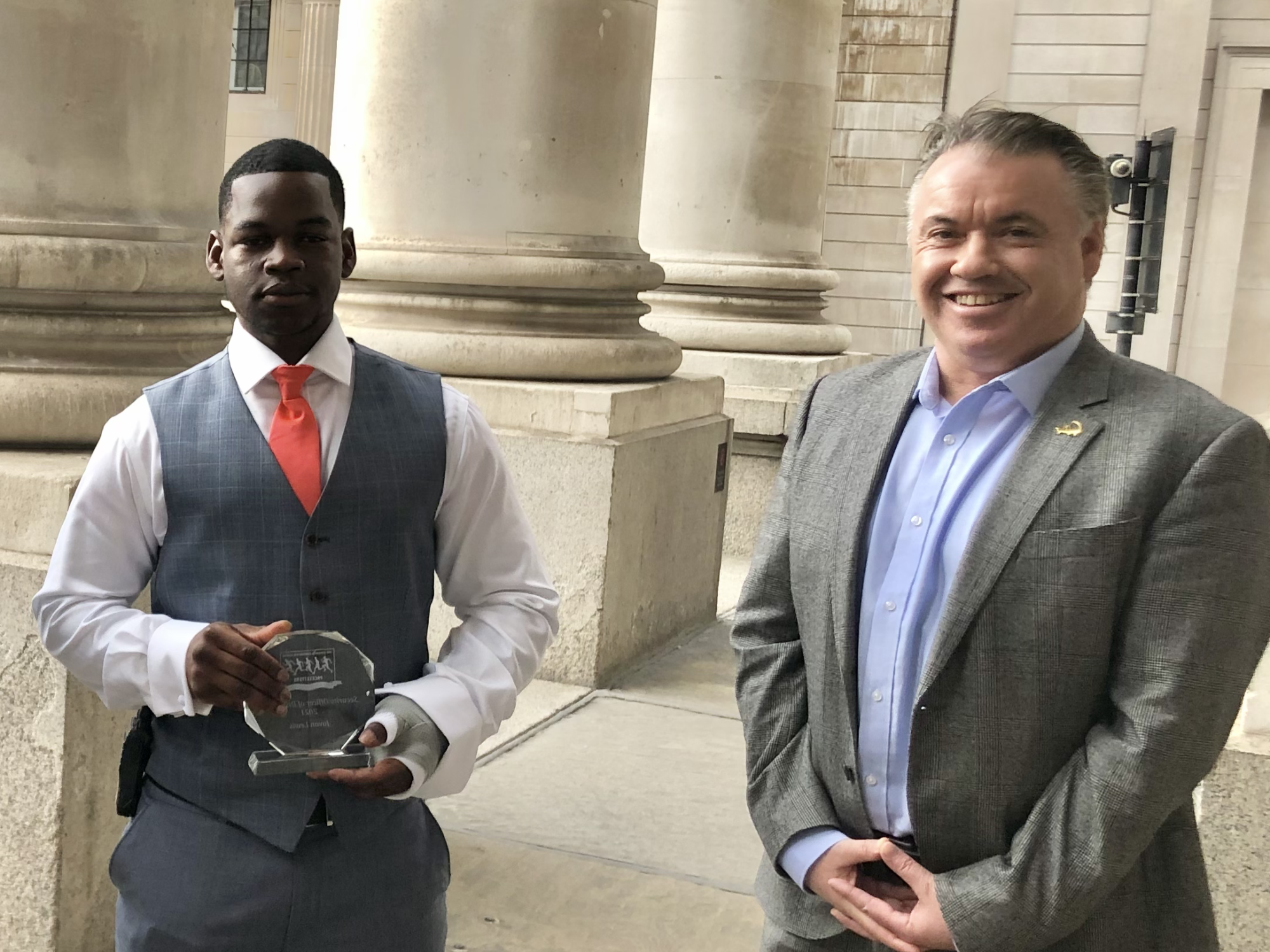 A security officer has been honoured with a prestigious award for keeping The Royal Exchange safe.

Javon Lewis, a 23-year-old employee of Dardan Security, has been recognised with an ACS Pacesetters Officer of Distinction Award for his work as a brand ambassador and guard at The Royal Exchange in Bank in the heart of the City of London.

The fitness and martial arts enthusiast joined Dardan Security two years ago as a relief officer before rapidly progressing to a core position at The Royal Exchange, the 16th century home to a number of luxury shops and all-day dining establishments.

Around 90 nominations were submitted for this year’s ACS Pacesetters Awards, covering exceptional work and individual acts of bravery by front-line security personnel. A select group of 12 winners were honoured at a special virtual event.

"I enjoy my busy role tremendously and the challenging responsibility of helping to keep one of London’s best-known buildings safe. No two days are the same and there is much satisfaction to be gained from being not only a guard but a brand ambassador too."

Commended by Members of the City of London Police

Lewis, from Croydon, was nominated by Dardan Security Director Andy Buxton, who told judges: “Javon has proven himself more than equal to the task of being not only a brand ambassador, but also standing out for the professional and serious way in which he discharges his duties as a security officer.

“Over the last 12 months Javon’s actions have been verbally commended by members of the City of London Police force, our client, the retailers, and industry peers. Working in a public space, his calm, quiet but assertive manner has given him the confidence to deescalate situations and keep The Royal Exchange safe, both physically and reputationally.

On receiving his award, Lewis commented: “It is a great honour to receive this award and I thank everyone who has commented positively about my work. I enjoy my busy role tremendously and the challenging responsibility of helping to keep one of London’s best-known buildings safe. No two days are the same and there is much satisfaction to be gained from being not only a guard but a brand ambassador too. Dardan Security has given me a great opportunity to pursue a career in security and I am looking forward to achieving further industry qualifications”.

The ACS Pacesetters membership is made up of contract security guard companies who are in the top 15 per cent benchmarking and achievement levels set by the Security Industry Authority (SIA) Approved Contractor Scheme (ACS).

Axis Named as Security Company of the Year

Axis Security has won Security Company of the Year, in the over £25m turnover category, at this year’s Security and Fire Excellence Awards. Axis has...