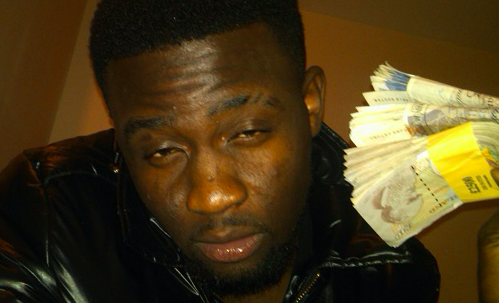 Gangsters who altered business emails to rip-off more than £1 million have gone to jail. Two members of the Nigerian organised crime group who committed the fraud and money laundering after staging a mass phishing con were convicted after a National Crime Agency investigation.

Emmanuel Mmaduike and Olawale Kashimawo, both 31, spent the money on a lavish lifestyle – hiring a helicopter, driving flash cars – and regularly posed for photographs of themselves with wads of money, expensive watches and drinking champagne.

Confiscation orders are being pursued against both men.

The duo’s organised crime group was based in south-east London and obtained thousands of business email addresses and passwords enabling the group to divert payments due to the companies to themselves.

Kashimawo subsequently laundered the cash by arranging withdrawals and international bank transfers carried out by other fraudsters.

The pair are believed to have committed more than £1 milllion worth of fraud and money laundering between April 2015 and November 2015.

In March last year Mmaduike, known as Bigdoz, was jailed for six years and 10 months after admitting money laundering, fraud and perverting the course of justice in relation to a sham marriage to a Dutch national.

Officers from the NCA’s National Cyber Crime Unit (NCCU) began investigating in November 2015 after receiving a report of a £24,000 fraud.

Investigators arrested Mmaduike at his home in Ashmore Road, Woolwich, London, in 2016.

They recovered masses of evidential data and forged documents showing he had a bogus wedding with a woman who flew in and out of the UK in just 10 hours for their ceremony.

On May 17 at Kingston Crown Court, Kashimawo, was jailed for six years and nine months. He admitted two counts of conspiracy to commit money laundering - one relating to his partner Mmaduike and the second relating to organised gang accomplices.

National Cyber Crime Unit head of investigations Tony Adams said: “This case is about business email compromise and cyber enabled fraud. The gang sent out convincing emails to victims purporting to be from well-known service providers and companies asking them to input their details.

“UK businesses should exercise caution when authorising significant transactions – particularly if there is a last-minute change of account details. If in doubt speak to the intended recipient of the funds on the phone prior to making a large payment.

“Keep passwords safe and do not use the same passwords for multiple online accounts."

Adams continued: “The NCA and our partners are continuing to tackle business email fraud and money laundering. It is imperative victims report such compromises as soon as possible and retain all evidence.”

17 May also saw a teenager arrested over hoax bomb threats sent to thousands of schools.

The 18-year-old is the third teenager to be arrested over a recent spate of malicious communications sent to schools in the UK and US.

He was arrested on suspicion of making threats to kill, blackmail and malicious communications.

National Crime Agency officers arrested at the home he shares with his family in Andover, Hampshire. NCA senior investigating officer Marc Horsfall said: “The series of bomb threats caused huge worry and inconvenience to thousands of innocent people. Anyone thinking that law enforcement doesn’t take such offences very seriously should really think again. We believe those arrested so far are all part of the same group."

Hertfordshire Police and the NCA arrested an 18-year-old man in Watford on 21 March, two days after the original bomb threat.

Another 18-year-old man from Abbots Langley, Hertfordshire, was also arrested on 28 March on suspicion of making malicious communications.

A man who was at the centre of a fake identity document distribution ring has been jailed for more than five years.

Albanian national Arsen Baculi, 23, was arrested by National Crime Agency officers in east London on Tuesday 8 February 2018 after picking up a consignment of counterfeit documents, including a Greek passport and ID card with his picture on.

A search of his flat in Melford Road, East Ham, led to the discovery of a hoard of other ready-to-go documents, including a false passport, a number of driving licences, residency permits and construction industry cards bearing different names and images.

Baculi pleaded guilty to charges of possessing false documents and class A drugs. On Thursday 17 May at the Old Bailey he was sentenced to five years and two months years in prison. He will also face deportation after serving his sentence.

The investigation into Baculi was linked to a joint NCA and Immigration Enforcement operation which saw the dismantling of a fraud factory making counterfeit documents in Romford last year. That operation saw a Romanian couple jailed for four and two years respectively for making fraudulent documents.

Picture: Emmanuel Mmaduike with some of the cash he spent on a lavish lifestyle.