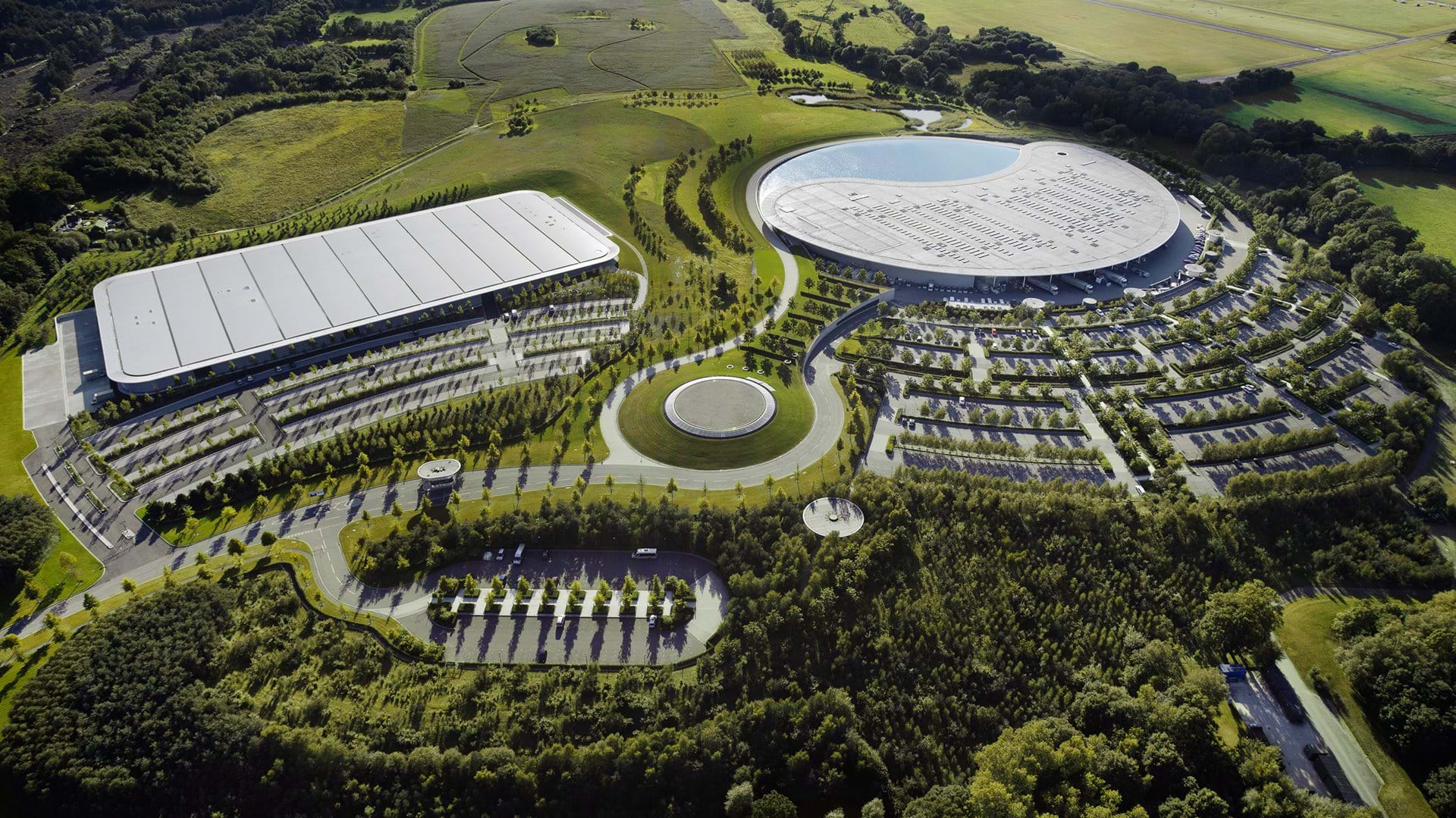 Global Net Lease has announced that they are to acquire the site that serves as the current world headquarters for McLaren's Automotive, Racing, and Applied divisions, in a £170 million deal.

The three property office and industrial campus in Woking, Surrey is a combined 840,000 square foot campus, with a 20-year lease. The transaction is expected to close in the second quarter of 2021.

The award-winning campus was designed by world-renowned architects, Foster & Partners, has easy access to Central London and Heathrow Airport, and hosts approximately 1,000 workers.

"We are excited to announce that this world-class facility will become part of the GNL portfolio," said James Nelson, CEO of GNL.

"The McLaren Group Headquarters' state of the art buildings have won numerous awards, were designed by renowned architect Norman Foster, and are the type of mission-critical, net-leased properties that make up the GNL portfolio. We are very pleased to have been able to collaborate and work with the management team of the McLaren Group to effect this transaction.

"We look forward to the long-term partnership with McLaren and the benefits this transaction will have to GNL. The acquisition exemplifies GNL's ability to source large scale and accretive sale-leaseback opportunities in a competitive marketplace that add significant value to our overall portfolio. We believe our global presence as a leading net lease REIT will continue to provide attractive acquisition opportunities that complement our best-in-class portfolio."

The campus has several environmentally conscious features, including self-cleaning roofs that use a high-pressure drainage system to collect rainwater which is then used to refill the lake.

In 2010, the campus, which includes several lakes which assist in cooling efforts, earned Carbon Trust Standard certification from the Carbon Trust. McLaren has also planted more than 100,000 trees at the site and created a wildlife sanctuary for otters and kingfishers.

The site is also sensitive to its rural setting, rising to just over seven metres in height and embedded in the gentle incline of the site, the Production Centre is not visible from the nearby road.

Hines, the international real estate firm, will take over Helix’s team of 60 property management professionals. Operating from its offices in the West End of...

Despite the obvious challenges and interruptions, 2021 was a busy year for deals, acquisitions and mergers in the commercial property sector.   Office...