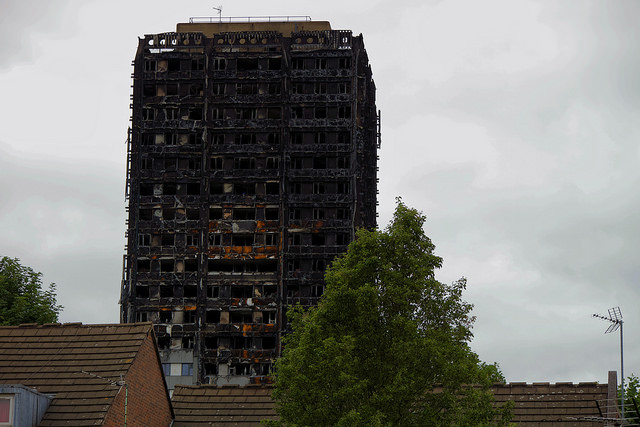 If anyone or any organisation is to face prosecution for the Grenfell disaster, it is unlikely that the Crown Prosecution Service will be in a position even to consider action until late 2021 the Metropolitan Police have confirmed.

As the Grenfell Tower Inquiry (GTI) has progressed, both the police senior investigating officer and the Crown Prosecution Service agree that the police investigation must take into account any findings or reports produced by the GTI, including its final report.

The GTI has previously stated that it is unlikely phase 2 public hearings will begin before the end of 2019.

The publication of any final inquiry report will follow phase 2 hearings and so the Met’s file submission to the CPS would be in the latter part of 2021.

Detective Superintendent Matt Bonner, who leads the investigation into the fire, said: “We have always said our investigation will be thorough, exploring all reasonable lines of enquiry and examining all the available evidence.

“While the Grenfell Tower Inquiry and the police investigation are independent of each other, our timelines are inextricably linked. For our investigation to be considered thorough and complete, it must consider all relevant information and it would be wrong not to take into account evidence given to the public inquiry and its final report and findings.

Detective Superintendent Bonner continued: “We are in regular contact with the bereaved families and survivors as well as the wider community, and have informed them of our projected timeline for the investigation. I know this is longer than some might have anticipated but the police must ensure all the available evidence is considered before any file is submitted to the CPS.”

Communication is the key to good design

The key to ensuring there is not another Grenfell Tower disaster is for professionals across the construction sector to work together and communicate more effectively the Association for Project Safety (APS) president, Stella Clutton Saunders said this week (Wednesday March 4).

In conversation with other construction industry leaders, Saunders said that good design was more than just making sure buildings were aesthetically pleasing as safety considerations needed to be built in from the pre-construction point right throughout the lifecycle of any project.

A panel of experts considered how best to encourage the construction sector to work better across all its various disciplines as well as how best to engage clients and users in the process.  Saunders underlined the importance of listening and how it could be an effective tool for ensuring better buildings.

Saunders said: “Good design must go beyond good looks. Safety is an integral part of better building because, without it, we are building ugliness in at the core. The Principal Designer role is, uniquely placed to help people realise a common vision of buildings which are both beautiful and safe.

“I believe everyone in construction needs to work more closely across all the disciplines involved in getting projects from the drawing board to final use. It helps when we know our limitations and when to shout for help. But we also need to work together – including with our clients and end users – to overcome a traditional lack of collaboration."

Saunders was speaking at the Futurebuild exhibition at London's ExCel. She told ThisWeekinFM: “I have high hopes for the future. Events like Futurebuild demonstrate a willingness to move forward together and to ensure that we can develop a framework that both ensures safety and creates the kind of places that are both pleasing and supportive to the people who live and work in them.”