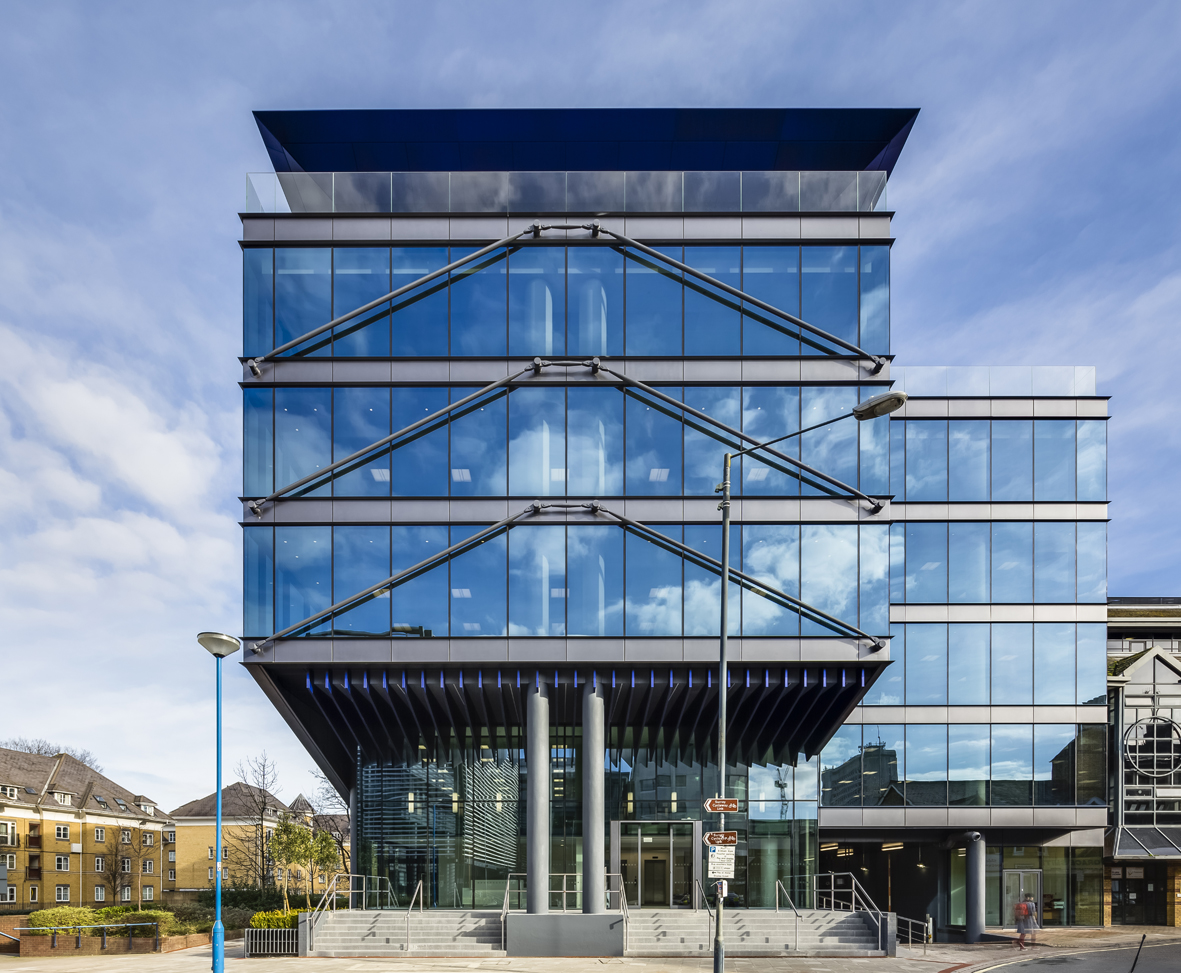 Victoria Gate, a major redevelopment project in Woking, deployed architectural aluminium from Metal Technology for its curtain walling and other systems.

The impressive 63,375sq.ft commercial office building, which was designed by architect firm Scott Brownrigg to combine modernity and functional rationality, used a number of Metal Technology’s architectural aluminium systems as part of the refurbishment project.

Victoria Gate was re-developed by Aviva Investors to grade A space that benefits from a double height reception, fifth floor terrace, shower facilities on each floor together with a basement shower and cycle hub.

The project recently gained the BCO UK Regional Award in the Refurbished/Recycled category for the South of England and South Wales region.

All Metal Technology systems are designed to perform seamlessly together to deliver the desired aesthetic and performance standards. Used individually or together, they offer design flexibility for creative aesthetics with the assurance of value engineered structural, weather and security performance.

Picture: Victoria Gate in Woking - with thanks to Hundven-Clements Photography

Bloomberg’s stunning London Headquarters won ‘Best of the Best’ at the British Council for Offices’ National Awards. We've got a fabulous...