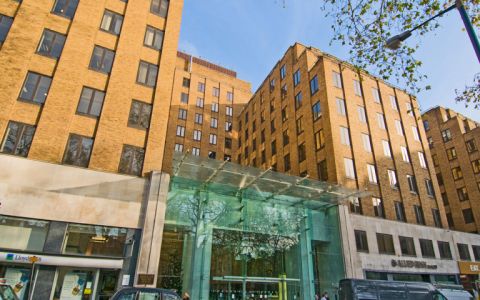 The areas outside London with the highest interest in serviced offices are Leeds, Edinburgh, Manchester, Birmingham and Bristol.

Interest in serviced offices has been soaring – with 2,400 Brits googling the term a month.

A serviced office is essentially an office building serviced by an outside company, with individual offices or floors being rented out to businesses. It’s a good option for those looking for low to no start-up costs and a prestigious London address – but where in London can you find the most serviced office options?

Savoystewart.co.uk decided to take a look at the London boroughs with the highest and lowest number of serviced offices. The figures were extracted from property website Rightmove for the month of July 2019. The boroughs were then ordered from highest to lowest. (There was no data available for Bexley, Haringey and Sutton.)

Areas outside London with highest interest in serviced offices are Leeds with 480 Google searches in a month, followed by Edinburgh and Manchester on 390 each. Then come Birmingham and Bristol which both polled 320. Cardiff, Glasgow, Reading and Liverpool all got 210 each.

Picture: A typical serviced office as advertised on Easy Offices.

Conference Rooms to be Offered as Flexible Office Space

A provider of conference and training facilities has today announced that three of its eight venues will be available to rent as flexible office space on an hourly,...

Co-working and flexible space firm, The Brew, with properties in London including Eagle House near Old Street, has just signed a deal with global co-working provider...

A global PropTech startup is making a network of thousands of fully furnished apartments in 15 cities across the globe available with one pass. The Blueground Pass is a...