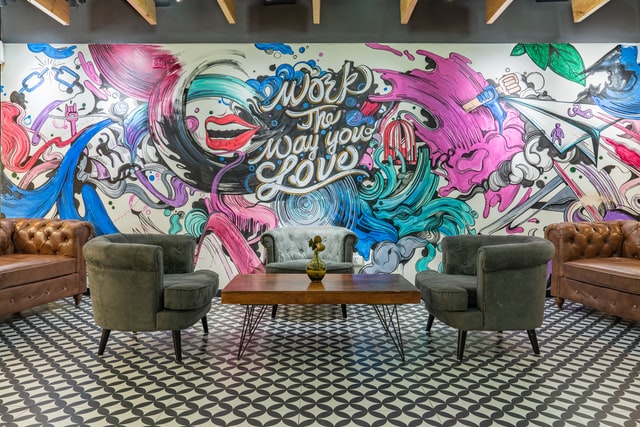 During initial national lockdowns, co-working companies incurred losses along with several other businesses, but what’s the future of these flexible offices?

In the first quarter of 2021, co-working giant WeWork lost $2.1bn, as it lost over a quarter of its members. According to reports from the the Financial Times, WeWork’s quarterly revenues fell almost 50 per cent year-on-year from $1.1bn to $598m and the company lost about 200,000 customers.

However, the flexibility of these types of spaces, whilst empty during strict lockdowns, lend themselves well to a new business culture focussed more on hybrid work and less on bricks-and-mortar real estate.

Although the pandemic has forced many of these offices to temporarily or indefinitely shut down, research from Ezra, a digital coaching provider, indicates the anticipated annual growth of 21.3 per cent is keeping coworking prominent.

At the moment, America is the top country for coworking spaces with an estimated 3,762 spaces.

“Coworking spaces have become incredibly popular in recent years as they not only provide flexibility and affordability, but also a fresh business culture focussed on accessibility and collaboration,” said Nick Goldberg, founder of Ezra. “Of course, the pandemic will have caused many to swap their shared workspace for a home office for the short term, but this popularity is expected to keep growing as the world reopens and the way we work continues to evolve.”

Coworking is now a big business and one that is only predicted to get bigger, with previous research by Ezra estimating that by 2025, 6.5 million people around the world will be using a coworking office space such as WeWork.

IWG, previously known as Regus, recently told the BBC that it expects to be “well below” the £133.8 billion it reported in the previous year.

The flexible office-space provider said that while it is experiencing a strong recovery in some markets, overall occupancy improved less than expected due to the prolonged effect of the COVID pandemic, including continued lockdown restrictions and the emergence of new variants of the virus.

However, the company did open offices in 13 new centres in January 2021, in locations as diverse as Prague, Auckland and Rio de Janeiro.

How are Co-Working Spaces Adapting?

Everything from more visible cleaning to social distancing signage and layout changes are being implemented to make co-working spaces attractive and viable for safe working.

Cushman & Wakefield pioneered an office design scheme based around the “six feet rule” of social distancing, challenging many concepts of a traditional office layout. Floor signage encouraging social distancing, one-way systems and a ban on hot desking are now common and expected sights in the modern office.

Niki Fuchs, Managing Director at Office Space in Town, believes that companies must capitalise on the population’s desire to return to work and restore collaboration within their teams:

“We've already seen the economic impact of empty offices, creating 'ghost towns' in cities, and, importantly, the negative effect that working remotely has had on productivity and staff wellbeing.

"So, while the future office has been a source of much speculation, there is growing indications that people want to return. In fact, in our recent survey, we found that 95 per cent of people want a physical office to return to."

Picture: a photograph of a co-working space with comfortable armchairs, a coffee table and a colourful mural on the wall which says "Work the way you love"

Landmark Hosts Panel Debate on the Future of Work

Adapting to remote working, becoming comfortable with disruptive technologies and creating a friction-free workplace were all on the agenda at flexible office space...

Dartford Courts and Police Station has become The Hill Hub, a state-of-the-art co-working space. Located right in the heart of Kent, The Hill Hub consists of...