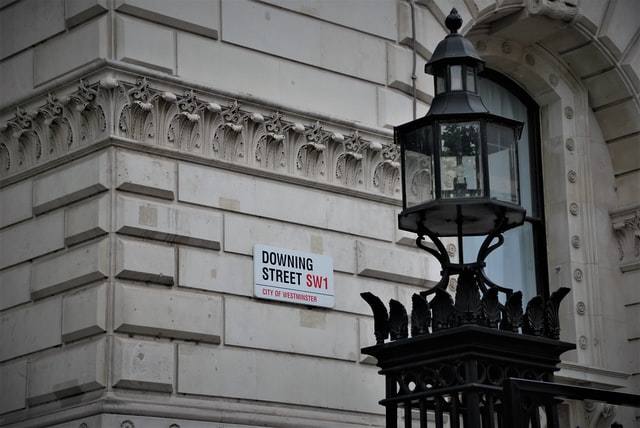 In the conclusion of the report into parties held during various levels of lockdown, Sue Gray wrote:

“I found that some staff had witnessed or been subjected to behaviours at work which they had felt concerned about but at times felt unable to raise properly. I was made aware of multiple examples of a lack of respect and poor treatment of security and cleaning staff. This was unacceptable."

Sue went on to express that she was “reassured” to see that better steps have since been taken so that staff can more easily report concerns, stating: “I hope that this will truly embed a culture that welcomes and creates opportunities for challenge and speaking up at all levels.”

The report itself concerns several gatherings between May 2020 and April 2021 and includes photographs of the Prime Minister at some of these events.

A recent BBC Panorama documentary also reported that custodians, the official name for security staff at Number 10, were “laughed at” for objecting to the gatherings.

“I remember when a custodian tried to stop it all and he was just shaking his head in this party, being like: ‘This shouldn’t be happening,” said one staff member.

In a House of Commons debate on 25 May 2022, Claire Coutinho, Conservative MP for East Surrey, raised the issue and asked the Prime Minister about the allegations.

Boris Johnson responded that “any rudeness towards any member of staff is inexcusable.” He later described it as "intolerable".

“The Prime Minister has made a public apology at the dispatch box, but when will he personally apologise to those hardworking cleaning staff who risked every day to ensure that everyone was kept safe?”

“The Prime Minister has made a public apology at the dispatch box, but when will he personally apologise to those hardworking cleaning staff who risked every day to ensure that everyone was kept safe?”

In reply, Boris Johnson said that he would “identify the custodians” and talk to them.

"What cleaning staff need is support and recognition from the government, not to be treated with such arrogance or disrespect."

Jim Melvin, Chair of the British Cleaning Council, which is the voice of the cleaning, hygiene and waste sector, said: "At a time when many cleaning and hygiene operational staff were putting themselves at risk to maintain high standards of hygiene and ensure that key workers and the public were safe and well during the pandemic, it is absolutely appalling and upsetting to hear that they were being treated with such contempt by people who sit within government or the civil service and who frankly should know better.

"Cleaning staff are hardworking, professional and deserve to be respected in their vital work, just like anyone one else, and certainly how the people concerned would expect to be treated.

"In some parts of the cleaning industry, the demand for increased standards of hygiene during the pandemic has combined with severe staff shortages to drive many colleagues close to breaking point.

"The Prime Minister himself thanked cleaning staff in Parliament and now we are subjected to the contents of Sue Gray’s report. Which one are we to believe?

"What cleaning staff need is support and recognition from the government, not to be treated with such arrogance or disrespect.

"In that respect, we wish to engage with the government and actually see what the claim that steps have been taken really means in detail. We will be formally requesting a meeting to have such engagement and discussion."

The Chair of the British Cleaning Council has requested a meeting with Cabinet Secretary Simon Case to discuss the revelations of poor treatment of cleaning staff...

The British Cleaning Council’s annual report gathers statistics on the cleaning, hygiene and waste sector – revealing that the industry as a whole remains one...

A leading figure in the cleaning and hygiene industry has been congratulated after being made a Member of the Order of the British Empire (MBE) in the Queen's New...

The British Cleaning Council research report for 2021 shows that the cleaning, hygiene and waste sector is one of the UK’s top ten industries. The...

A resignation note from an HSBC cleaner has led to several messages of support on social media for the nation’s cleaning staff, including a personal thanks from the...