Having joined the Royal Air Force in 1996, I spent a decade serving on the Air Movements Squadron as a Movements Controller.

Those were extraordinary years, where I was lucky enough to travel the world and work with some incredible people. I was extremely proud to have been awarded the Commander in Chief’s Commendation in 2004, for outstanding professionalism, sterling effort and devotion to duty.

Having decided to ground myself in 2006, I wanted to find an alternative career choice. I was looking for a role with operational challenges, where no two days are the same and something with a focus on people and the environment. Cue facilities management.

Whilst I dabbled in a couple of different FM roles, In March 2011, I joined Churchill Group, a national FM provider. Now in my tenth year with Churchill, I’m extremely proud to have been part of the groups successful journey to date.

Over the last ten years I have been promoted numerous times, working my way up the ladder from Contract Manager, to now more recently Managing Director – Operations.

Alongside the day job, I am an active volunteer on the IWFM Women in Facilities Management committee, acting as an advocate for women in leadership, flying the flag for the armed forces community and supporting mental health awareness.

Louisa was recently appointed to the Veterans Advisory Board and won the award for Business Leader Of The Year – Large Business at the 2022 British Ex-Forces Business Awards.

Learn more about the Ex-Military - A Journey into FM Event 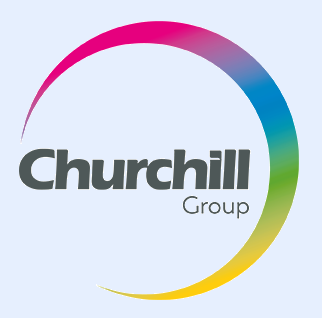 We believe in doing right by our people, our customers, our society and our planet and we exist to deliver the best possible outcomes by making people happier and safer in their environments.

We’re an impact focused organisation that operates in a way that always delivers the right results for our customers whilst consciously considering how we can make a positive impact in our communities and reduce any negative impact to our environment.

We look for people to become part of Churchill who share our passions and want to be part of a growing organisation with a conscience.

Our people drive our success in all of our businesses – Churchill Cleaning, Churchill Environmental, Amulet (security) and Radish (catering). Each business has its own personality and philosophy and a clear purpose in their respective sectors.

Each of our expert businesses - Cleaning, Security, Catering, Guest Services and Environmental Compliance - has its own core purpose to enhance the environments it delivers in, all contributing to our principal philosophy of doing the right thing.

Our professional and proactive customer service team will provide an additional layer of support if your account manager is ever unavailable, as well as assist with additional service requests in a prompt and efficient manner.